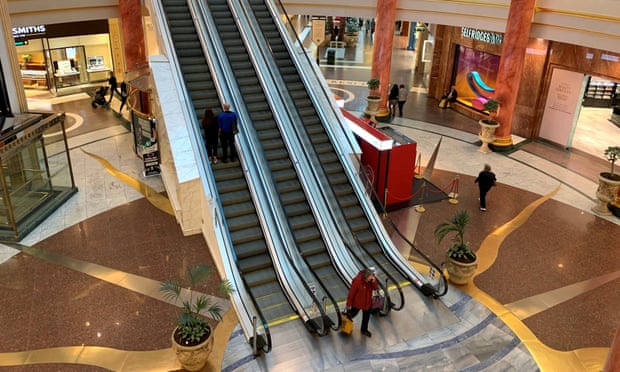 Intu Properties, one of Britain’s largest shopping centre owners, has appointed the accountancy firm KPMG as administrator to make a “contingency plan” if it cannot reach an agreement with its creditors.

The indebted company, which owns the Trafford Centre in Manchester and Lakeside in Essex, confirmed last month it was seeking debt standstill agreements with some of its lenders as it battles for survival after a collapse in rental payments from retailers.

Under the standstill agreements, the company would not have to pay back what it has borrowed until the end of 2021. In addition, it was seeking a pay-if-you-can interest arrangement.

Intu has warned that some of its creditors are unwilling to grant it the requested 18-month standstill, and will allow only a 15-month break from repaying its debt.

The group said it was still in negotiations with its creditors “with no certainty as to whether Intu will achieve a standstill, or on what terms or for what duration”.

Intu said it did not have enough cash to ensure its centres remain open during the insolvency process if it should fall into administration.

The group was struggling even before the coronavirus pandemic, as some of its biggest tenants including Debenhams, House of Fraser and Topshop closed stores and requested rent reductions.

Intu previously warned it was likely to breach its debt commitments at the end of June as stock market volatility combined with a downturn in the property market had prevented it from raising new funds.

The company’s shopping centres have a complex ownership structure, and Intu has stated that it will require cash injections from its creditors to be able pay shopping centre staff.

The company’s share price has collapsed by more than 90% over the past year and is currently trading under 5p.

Intu’s announcement came a day before retailers and companies that rent space in its malls were due to pay rent for the third quarter of the year.

The company was able to collect less than a third of rent owed for the second quarter on the day it was due at the end of March, and had only received 40% of payments by the end of March.

Intu threatened to get tough with large, well-capitalised retailers that refused to pay their rent, although commercial landlords are currently banned by the government from taking legal action against non-paying tenants.