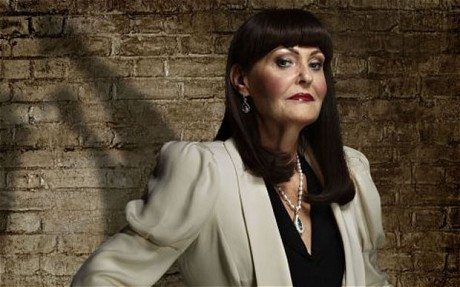 The Bolton-born businesswoman has announced  that she is leaving after signing a two-year deal to front her own Channel 4 series, with the working title The Intern, will see her helping candidates land internships with companies.

The show will see candidates will being thrown in the deep end and tested if they have the skills to succeed in their chosen profession.

Devey will continue filming the current series, due on our screens in the autumn, before moving on to this own show later this year.

This new show will be the third business that the no-nonsense business woman has fronted on our screens after first featuring on Business Inspector on Channel 5 .

Devey said: ‘I am thrilled and excited by the prospect of working with Channel 4. The formats for my new shows are fantastic and I’m sure they will prove compulsive viewing.’

A BBC spokeswoman added: ‘Hilary has been a formidable Dragon in the Den and we’re sorry to see her go.
‘She will be breathing fire throughout the new series of Dragons’ Den coming up in the autumn on BBC Two.
‘However, always mindful of how much we spend, unfortunately the financial offer from Channel 4 made it impossible for us to compete and so the upcoming series will be her last.’