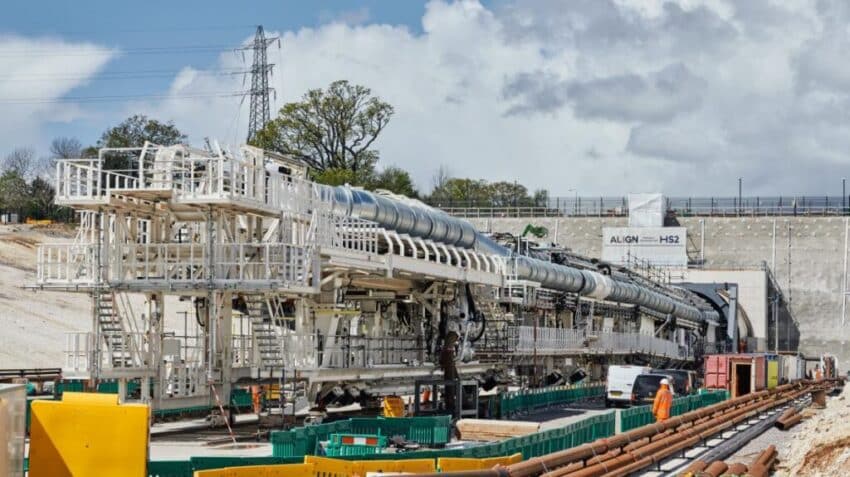 Tunnelling in the Chilterns for HS2, the £100 billion high-speed line, began yesterday as ministers were told that multibillion-pound spending on rail links should continue despite concerns that public transport use could fall by a quarter.

The first giant tunnelling machine will dig a ten-mile tunnel under the Chilterns, close to the M25.

The machine, named Florence after Florence Nightingale, is 170 metres long and will move at 15 metres per day, working around the clock for three years. The material removed will be used for landscaping around the route of HS2, which will link London, Birmingham, Manchester and Leeds.

The National Infrastructure Commission said that ministers should “hold their nerve” on transport spending to prevent more people travelling by car.

One scenario in the commission’s report suggested that demand could drop by up to 25 per cent over 30 years compared with pre-pandemic levels. This is likely to fuel calls for a cut in the billions spent on public transport.

Levels are set to soar as the taxpayer is asked to plug a hole caused by a collapse in fares. Some £10 billion has been spent propping up the railway over the past year. This was in addition to spending on HS2 and upgrades to existing rail lines. This year £3 billion was also announced to upgrade bus networks in England, creating London-style services in all large cities.

Critics have called for HS2 to be scrapped, citing poor value and a drop in demand.

But yesterday’s report said that decisions could not be “unduly postponed” by the pandemic. It suggested that investment may have to be more drawn out, ensuring that upgrades are “in phases as costs and benefits become clearer”.

Sir John Armitt, the commission’s chairman, told the BBC that ministers should hold their nerve on transport spending in case commuter levels bounce back over a longer period. “If you want to avoid congestion, you need to get people back on public transport,” he said.

At the height of lockdown, rail usage was 4 per cent of pre-pandemic levels and bus numbers were at 10 per cent. Trains are now at 36 per cent with buses at 61 per cent.