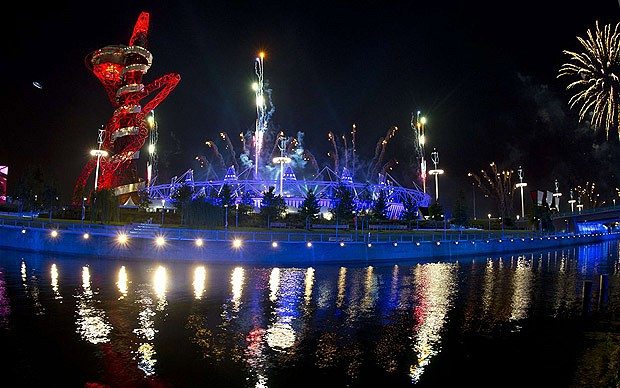 The study found that the image of Britain overseas has changed notably over the last decade, but the Olympics marked a considerable shift towards a more positive image. However, Landor has found the impact of the Olympics on Britain’s image was far from uniform across various countries and that nations attached different qualities to Britain after the Games.

Landor has been tracking brand perceptions of Britain around the world for almost twenty years using BrandAsset Valuator (BAV), a unique brand insight tool. Landor applied BAV to ‘Brand Britain’ in France, USA, Brazil, Australia and Germany to understand how the perception of the country varies in different markets, looking at our image ten years ago, in 2012 before the Olympics and in the months after the Games. More than 2,000 consumers were questioned in each country.

The study found that overall, across all five countries, the Olympics had changed Britain’s image favourably to make the country appear more ‘Distinctive’, more ‘Daring’, more ‘Charming’, more ‘Energetic’, more ‘Trendy’ and more ‘Authentic’. But, there were also downsides detected. Generally, the Olympics failed to improve Britain’s image as an ‘Innovative’ country and, in four of the five markets Landor researched, the country continues to be seen as ‘Arrogant’.

Despite this gradual evolution in global attitudes towards ‘Britishness’, there are key perceptions that have remained stable for nearly a century. Britain’s longstanding association with ‘Tradition’ and ‘Independence’, now sit alongside our emerging reputation for creativity in all the countries Landor surveyed.

How the Olympics changed Britain’s image in:

Germany: How they came to see us the way we see them
Of the five countries covered, it seems the Germans were most impressed by our staging of the Olympics. Before the Games, Germany saw Britain as ‘Unreliable’ and associated the country with ‘Low Performance’ and ‘Low Quality’. The Olympics clearly challenged these perceptions and as a result, we are now viewed as ‘Reliable’, ‘Intelligent’ and associated with ‘High Performance’ – perceptions that Britain would attribute equally to Germany.

Similar upswings were seen in German perceptions of Britain as a creative country. We are now viewed as more ‘Stylish’, more ‘Up to Date’ and ‘Dynamic’. ‘Tradition’ has remained as a stable attribute throughout.

However, whilst Germany has grown to appreciate Britain for its creativity, the Games did not help the country to be seen as ‘Innovative’, something the Germans value highly in brands.

USA: Seeing the kinder side of Britain
Britain and America’s relationship is often touted as one of the world’s closest. But, surprisingly, Landor’s research from before the Olympics told a different story. Whilst they viewed us as ‘Prestigious’ and ‘Traditional’, Americans also saw us as ‘Unapproachable’ and ‘Restrained’.

The 2012 Olympic Games, once again, tackled these perceptions and Britain is now viewed as ‘Kind’, ‘Approachable’ and more ‘Caring’.

On the creativity side, America now views Britain as more ‘Trendy’ but still not ‘Innovative’.

France: Being British is different but not always better
The Olympics did manage to nudge the British brand needle in the minds of the French but not always in the right direction.

France’s historical view of Britain as “perfidious” as well as Landor’s findings of Britishness being regarded as ‘Prestigious’, ‘Glamorous’ but ‘Restrained’ were quite clearly challenged after the Games with Landor uncovering a shift in perceptions towards the French seeing us as more ‘Approachable’ but less ‘Glamorous’ today.

We also became more ‘Trendy’ and ‘Progressive’. ‘Tradition’ again remained as a stable attribute throughout the decades.

Brazil: What we’ve lost in glam and style in Brazilian eyes has been made up for with increased trustworthiness and performance.

Prior to the Olympics, Brazilians saw us as ‘Traditional’ and ‘Stylish’, but they did not recognise us as ‘Trustworthy’ or ‘Caring’ and associated Britain with ‘Low Performance’.
After the London Games, Britain bucked this trend to become ‘Trustworthy’ and ‘Social’ and is associated with ‘Higher Performance’ in the eyes of Brazilians.

Even more encouraging was the fact that, of the five countries Landor surveyed, Brazil was the only one that saw Britain as more ‘Innovative’ after the Olympics while still keeping its image as being ‘Traditional’.

Australia: To Australians, post Olympics Britain has lost some of its roughness and become a more visionary place.

Britain and Australia share many cultural ties, not least the same Head of State, so it’s no surprise that the country had a grounded view of what ‘Britishness’ stands for. Britain was viewed as ‘Traditional’, ‘Rugged’, ‘Down to Earth’ and ‘Approachable’ during the last decade.

However, while ‘Traditional’ is still a dominant characteristic of Britain, post-Olympics, new and different attitudes began to emerge. We have become less ‘Rugged’, but more ‘Glamorous’ and more ‘Prestigious’ according to Australians.

In terms of creativity, we are now also viewed as more ‘Visionary’, but still not as very ‘Dynamic’.

How Brand Britain has changed since 1932

As part of its analysis of Britain’s image in the context of the Olympics, Landor also analysed how the country’s characteristics have evolved over the last eighty years using its own BrandAsset Valuator data, from 1995 to the present, and reviewing the findings of historic research about British values going back to 1932.

Landor found that the perception of Britain has gradually evolved over time but has retained a core consistency to its image based around ‘Traditional’ values.

Landor found that certain milestones in history, like the ‘Swinging 60s’ and ‘Cool Britannia’, have brought about a gradual change in people’s perception. A key finding was the emergence of creativity as a core part of ‘Britishness’, but without replacing tradition.

British brands such as Jaguar and MINI, British Airways and Virgin Atlantic or Barbour and Vivienne Westwood have therefore come to represent Britain through a mixture of heritage and quirkiness.

Peter Knapp, Global Creative Officer at Landor says: “Danny Boyle’s brilliant opening ceremony at last year’s London Olympics perfectly encapsulated the modern, multi-cultural nation we’ve become. However Landor’s research shows that Britain means different things to different people in different parts of the world. Brands looking to do business in other markets should not assume that Britain has an identikit image and should think carefully about how different foreign audiences perceive us.”

“Overall, the Olympics have had a hugely positive impact on the image of Britain. The question now is whether the country is willing and able to maintain that positive perception!”