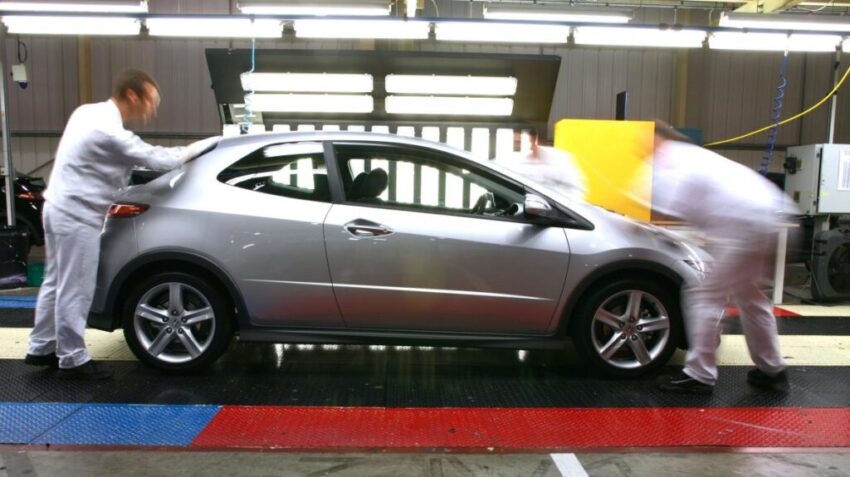 Production will stop for a further four days at Honda’s Swindon factory next week as car manufacturers grapple with a global shortage of semiconductors.

Honda, which is preparing to close its Swindon site this summer, employs about 3,000 people and makes up to 150,000 cars each year in the UK. Production will temporarily stop at the factory from Monday until at least Thursday, Honda said in a statement.

Concerns have mounted over a shortage of semiconductors, the chips used in everything from phones and computers to cars, in recent days as the problem forced companies including Ford and Nissan to scale back production. Others embroiled in the supply issues include Toyota and Fiat Chrysler.

High demand for game consoles, tablets and other consumer electronics during the pandemic has led to increased orders for semiconductors.

The ensuing shortage for carmakers has caused severe disruption for their supply chains, which are built around a “just-in-time” system of carefully scheduled component arrivals. It is unclear how long the issues will last.

Modern vehicles can include thousands of semiconductors, underpinning electronic systems for everything from air conditioning to headlights. Samsung and the Taiwan-based TSMC are among the world’s largest chipmakers.