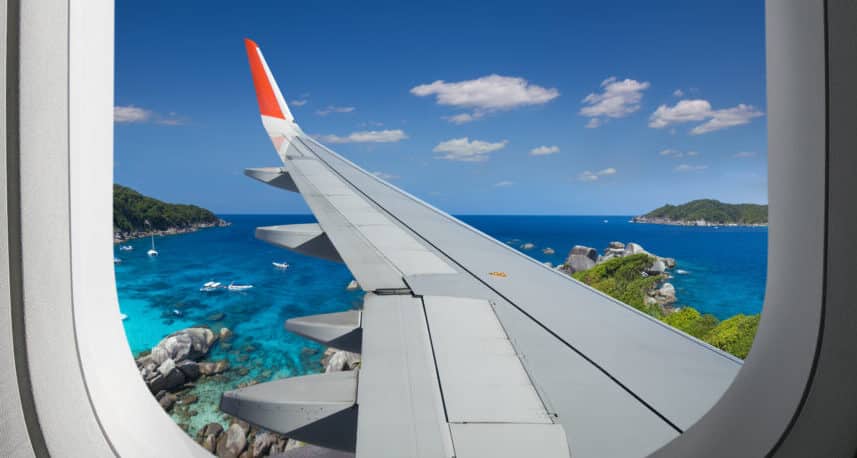 Airlines have dramatically increased the number of flights to “amber list” holiday destinations amid growing confusion over the government’s traffic light strategy.

A total of 1,841 flights have been scheduled from UK airports to France, Spain, Italy and Greece for the two weeks after last Monday – a rise of more than 300% compared with the previous fortnight – despite warnings from the prime minister, Boris Johnson, not to go on holiday to amber list countries.

The increase would allow up to 356,768 passengers to potentially travel to countries on the amber list, according to figures from aviation data analyst Cirium.

Industry sources said airlines had arranged the flights and allowed bookings because the government had said it would relax travel restrictions. Ministers sowed confusion last week, stating that foreign holidays in amber list countries were allowed, before the prime minister finally insisted they were not.

Despite the warnings, travel appears to be picking up across Europe. Airbnb bookings across the continent are almost back to 2019 levels after a substantial surge in the past two weeks. AirDNA, which monitors the holiday let websites, said new bookings for the week ending 15 May were only 4% lower than in 2019.

Jamie Lane, AirDNA’s vice president of research, said: “Starting at the end of April we finally saw a resurgence in short-term rental bookings throughout Europe. The increase has been observed in just about all countries in Europe but it has been strongest in France.” Bookings were strong everywhere except Paris, he said.

After months of anticipation from people desperate for a summer holiday, the government’s traffic light system has added another layer of complexity to overseas travel.

Holidaymakers have to navigate a rapidly changing set of rules about which countries will allow them in and what the government expects them to do when they return home, while taking the gamble that the wrong choice may leave them thousands of pounds out of pocket if they are not entitled to a refund.

On Saturday, only three destinations on the green list, Portugal, Madeira and Gibraltar, had no entry restrictions and face the least restrictions set by the government – to book Covid tests before they leave and after they return.

Most popular holiday destinations in Europe are on the amber list, which means anyone travelling from any UK nation to those countries must take a Covid-19 test before they return, then isolate for 10 days and take two more tests while isolating.

But not all countries will accept British tourists. Spain, an amber list country, will let British travellers in from Monday. On Saturday, Germany announced it would refuse entry to anyone travelling from the UK unless they were a German resident or citizen from midnight on Sunday, because of fears about the India variant of Covid.

Yet although holidaymakers will be able to travel to Spain, anyone who has booked a holiday may still be disappointed. Abta, the travel association, said that tour operators would cancel package holidays to any destination where the Foreign Office advised against all but essential travel – which it does for most amber list countries.

To make matters even more confusing, the Foreign Office advice does not apply to the Spanish territories of the Canary Islands, so someone who has booked a package holiday to Tenerife, Gran Canaria, Fuerteventura or Lanzarote would be able to travel.

In fact, they may have to ignore the prime minister’s plea not to travel or risk losing their holiday money. Tour operators are only obliged to offer refunds when people are prevented from travelling.

The same loophole applies to the Greek islands of Rhodes, Kos, Zakynthos, Corfu and Crete, as well as Barbados, Bermuda and Grenada in the Caribbean.

Rory Boland, editor of Which? Travel, said: “If you are a holidaymaker, you are put by the government between a rock and a hard place. It says don’t go but it does not give you a way to claim a refund. It is a really difficult position to be in.

“People are being deluged with contradictory and confusing information around international travel, and those who want to stick to government advice and decide not to travel to amber list countries, including those with bookings from last year, will likely struggle to get a refund.”

To make matters trickier, people who travel independently to places against Foreign Office (FCDO) advice may invalidate their travel insurance, according to the Association of British Insurers. But so long as FCDO advice is followed, policies may cover emergency medical treatment needed overseas for a Covid-related condition, an ABI spokesperson said.