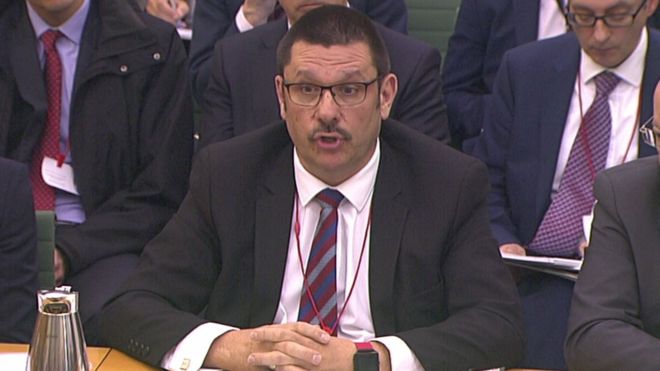 HMRC chief Jon Thompson has defended his £20bn estimate of the cost to businesses of the post-Brexit customs system favoured by leading Brexiteers.

He told MPs that a technology-based system – dubbed the “max fac” solution – would cost businesses a similar amount to leaving the EU with no deal.

Mr Thompson said the high frequency of transactions meant firms would still have to fill in customs declarations.

Mr Thompson explained that the HMRC had calculated costs on a bottom-up approach, looking at the costs incurred for each transaction.

In a letter to committee chairwoman Nicky Morgan, he explained that HMRC’s calculations were based on current EU trade data, VAT data and current customs declarations.

He said that combining the volume of additional declarations and their cost would produce an estimated additional burden on the UK side of the border of about £6.5bn a year.

These figures produced a total cost for UK-EU trade in goods of about £17bn-£20bn a year, he said.

The committee also heard from the bosses of the ports of Calais and Zeebrugge, who seemed confident that if politicians could decide what they wanted that it could be delivered by the end of December 2020, when the transition period is due to end.