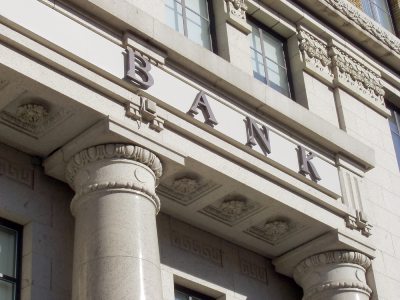 HM Treasury, acting on the advice of the British Business Bank, has announced its intention to appoint Alternative Business Funding (ABF) as one of the Government’s designated finance platforms for the Bank Referral Scheme.

ABF is part of Clifton Asset Management Plc, who have been providing SME funding solutions for over thirty years, and was recognised as the Best Alternative Funding Provider in 2014 for its Pension-led funding product. ABF has grown strongly over the last 12 months, helping to fund businesses across England, Northern Ireland, Scotland, and Wales. The number of ABF funder deals has increased by over 125 per cent since March 2017, compared to the previous six months. There are now a total of 120 funders and products on the ABF platform.

To date, SME traffic to ABF has derived from a mix of sources, including direct enquiries, referrals from site funders looking to further assist their own rejected applications, and numerous partnerships with advisers, brokers and funders including Santander Bank. The increase in referrals via the Bank Referral Scheme is expected to build on this already strong pipeline of referrals.

Adam Tavener, Chairman of Alternative Business Funding (ABF), commented: “We’re delighted that HM Treasury has announced its intention to designate ABF to help deliver this hugely important scheme. The ABF team are looking forward to being placed at the heart of the process, to play a very active role in improving access to finance for the SME sector – widely recognised as the driving force of the UK economy.

We have worked closely with HM Treasury and the British Business Bank since 2015 to help shape this scheme, and we now look forward to continuing to work with them on its delivery.”

ABF brings together the market-leaders for business funding from high street banks to alternative funders. The funding products and facilities offered range from short to long-term loans, invoice trading, peer-to-peer, and trade finance to name but a few.

The original platform was launched as a signposting site in March 2014 and the ABF commercial model was launched in June 2016 to allow funders to turn rejects into revenue. It also provides more detailed augmented data to funders on the footprint of potential customers, and their needs and requirements. ABF’s Partnership Programme, which allows professional organisations and funding businesses of all sizes to build the ABF Funder Finder into their customer journey has also proved very successful, as it provides much faster and greater access to finance.

Businesses funded through the ABF platform, include Cardiff based Carbon Law Partners, which aims to be the legal advisers of choice for fast-growing enterprising businesses in the UK, and Ice Blue Sky, a London based content marketing agency.

Adam Tavener, concluded: “As we first floated the idea of a collaborative approach to funding at the “Innovators in Finance Summit” meeting at 10 Downing Street, designation seems like the end of a chapter in this journey, and the start of a new one, which will see ABF help deliver the scheme that we first proposed.

As a direct result of this process, we are now seeing a change in behaviour, where small business owners are now automatically turning to sites like ABF, rather than the traditional ‘one funder one enquiry’ route.”