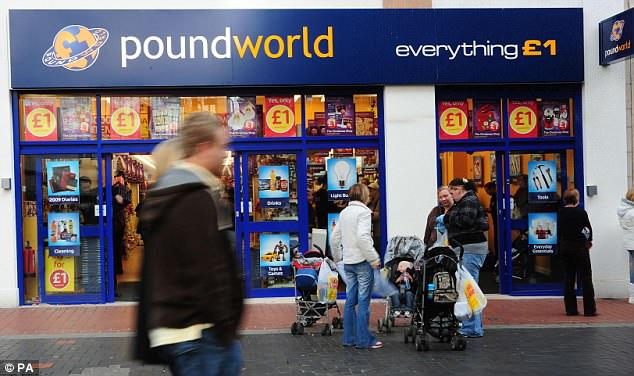 Nearly 22,000 jobs have been hit on the UK’s struggling High Streets this year.

Looking at recent shop closures and retail administrations more than 7,000 people have lost their jobs with a further 9,500 roles are due to go through planned shop closures, while 5,100 are in doubt at Poundworld, which is in administration.

In the past six months, about 1,200 shops run by major chains have either shut or are at risk of closure.

To put that in context, a report by PwC and the Local Data Company found 4,000 High Street shops opened last year and 5,800 closed, causing a net loss of 1,700.

Sluggish sales, competition from online and rising costs have been blamed for the changing landscape.

High-profile failures such as Maplin and Toys R Us have been followed by a string of closure plans from High Street stalwarts such as Marks & Spencer, House of Fraser, Carphone Warehouse, New Look and Carpetright.

This trend is set to continue. On Thursday, the new owners of Homebase said 300 head office staff would go and store closures are expected.

Meanwhile, The Original Factory Shop is planning to close more than 30 shops, while N Brown, which is behind brands such as Jacamo and Simply Be, wants to retreat from the High Street altogether.

Zain Venturi spent three years at a Maplin shop in London until it closed earlier this month. He has switched career and is now working as an IT engineer.

He said: “I was on the shop floor and we could see what was happening before management could. The guys at head office did not understand what the customers wanted. Shopping has changed and they weren’t in tune with what’s happening.”

He added: “Those most affected were working in the shops. I’m lucky, I can talk and people buy into that, but if you can’t you’re going to have issues.

“Everything that happens in life opens up an opportunity – hopefully something more financially rewarding.

“I’m not the only one who found something paying more, quite a few others went into the IT field. It was such a nice place to work so it stopped you from pushing yourself out there.”

The national unemployment rate is still at a 40-year low, at just over 4%, and the most recent official figures show 2.92 million people were working in retail in March.

That’s up on 2.87 million a year earlier, but the Recruitment and Employment Confederation has seen retail vacancies fall in recent months.

It publishes a monthly report based on information from 400 recruitment agencies around the country. Retail vacancies continued to rise until March, but that growth has since stalled.

REC policy director Tom Hadley said: “Every sector is showing more demand apart from retail. That does show there are jobs in other sectors and that’s a note of encouragement.

“Some people are happy to stay in roles where you’ve got a customer service element, such as leisure of hospitality. We are seeing people make the transition into the care sector, where there is a big demand for staff.

“The rest of the jobs market is showing strong demand, so it’s a good time to take stock of your options.”