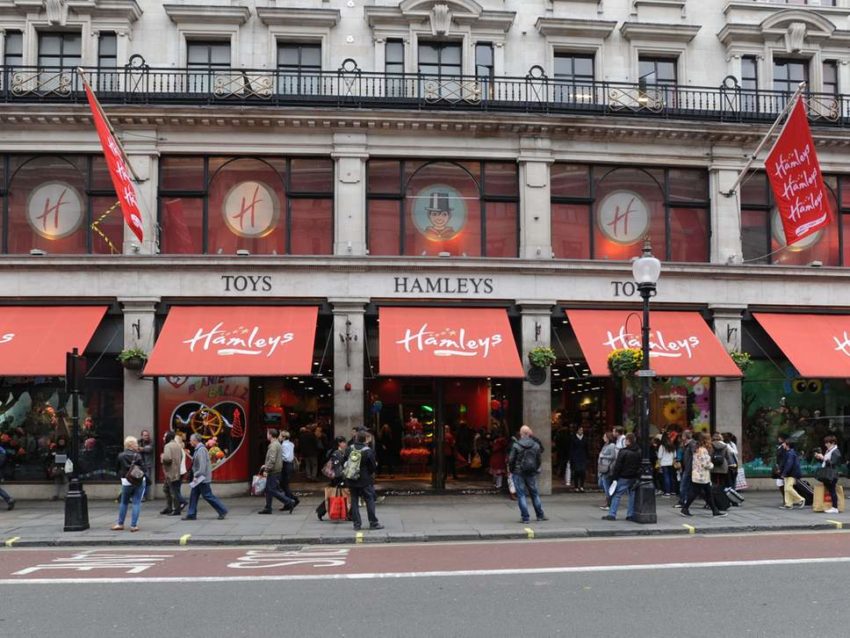 The toy retailer Hamleys is shedding more than a quarter of its workforce in London as the health crisis prompts shoppers to shun the capital’s world-famous shopping district.

Founded in 1760, Hamleys is the world’s oldest toyshop, with its store on Regent Street a magnet for international tourists in normal times. But the absence of foreign holidaymakers and tightening local restrictions, which mean the number of office workers is once again dwindling, is devastating trade in the area.

Hamleys confirmed that 60 of the 208 staff working in the store and nearby head office building were leaving as part of a redundancy programme. The pandemic has also delayed plans to refurbish the seven-storey shop which is now part of the business empire of India’s richest person, the billionaire Mukesh Ambani.

Known as the “mile of style”, Regent Street is one of the world’s top shopping destinations with retailers paying through the nose for a pitch. But after an initial bounce when shops reopened, footfall has stalled since the summer, with the area attracting half the usual number of visitors, according to the New West End Company, which represents hundreds of businesses in the area.

Last week, the coffee and sandwich shop chain Pret a Manger announced a second wave of store closures in London after suffering a fresh slowdown in sales because of the pandemic.

“Regent Street relies massively on the tourist trade but there is none and the people who work in head offices around here are sitting at home,” said one Hamleys insider, who said retailers in the area were grappling with a devastating slump in trade. “The store has always been the goose that lays the golden egg but it is suffering.”

With shoppers “fearful” about using public transport for shopping trips in the capital, the New West End Company is trying to convince them it is safe by promoting measures such as 24-hour cleaning. The business group is also turning on Christmas light displays earlier than usual to spread out trade during the “critical” eight-week period when retailers there take a third of their annual sales.

While shoppers are reluctant to visit major city centres because of the health crisis, regional shopping centres are faring better.

Hamleys, whose web sales have surged during the pandemic, has also seen stronger sales in stores outside London, which include the Lakeside mall in Essex. To capitalise on the important sales weeks between now and Christmas the toy specialist is also opening 11 pop ups shops. The temporary stores, which include branches in the Metrocentre in Gateshead, and Liverpool One, have created 80 jobs.