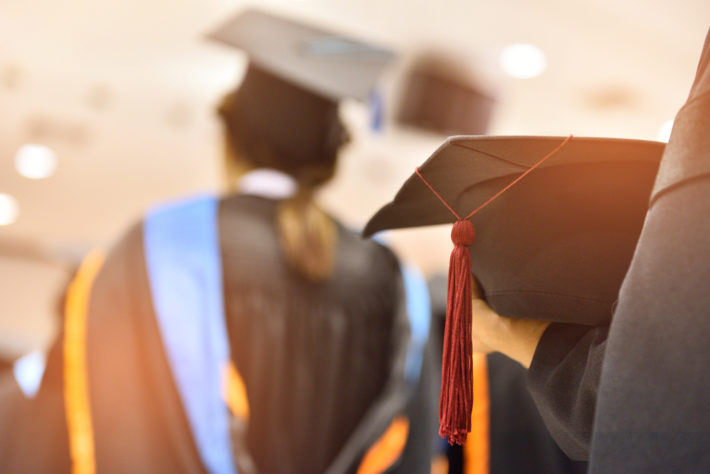 Nearly half of graduates expect an average of £9,000 more than they get in their first role after university, a new report reveals.

Exploring the world of work, the survey shows almost two thirds of graduates are employed in industries unrelated to their degrees and the majority are earning less than £16,000.

The survey also looks at the cost of a degree and value for money. With more than one in 10 spending in excess of £35,000 on their university education, it’s little surprise almost two thirds of graduates think their degree hasn’t provided sufficient return on investment.

Graduates are sceptical about universities properly preparing them for the workplace, with the majority saying such higher education providers need to focus on equipping students with the commercial skills valued by businesses.

In addition to this, 40 per cent of graduates feel their university didn’t teach them the skills needed for the working world.

The study highlights the pressure on today’s young shoulders, with the majority feeling employers have higher expectations than they had with previous generations. But despite all this, 62 per cent of graduates appear to be optimistic about the future of their careers.

Three clear gaps between the perceptions and reality of graduates were uncovered in the study; career prospects, the role of a university degree and developing graduate skills. Sentiments are further explored in Pareto Law’s Mind the Grad Gap whitepaper, which delves into these themes in more detail and looks at the connection between education and employment.

Jonathan Fitchew, CEO and founder of Pareto Law, says: “With the UK home to some of the highest tuition fees in the world, we wanted to see what role a degree plays when graduates enter the workplace. It’s interesting to see the majority of graduates around the UK feel university failed to prepare them for work and how their expectations fared when it comes to salaries and commercial skills.

“Basic salary was one of the most important things for graduates when applying for jobs, but it seems very few sectors are actually meeting these expectations”.