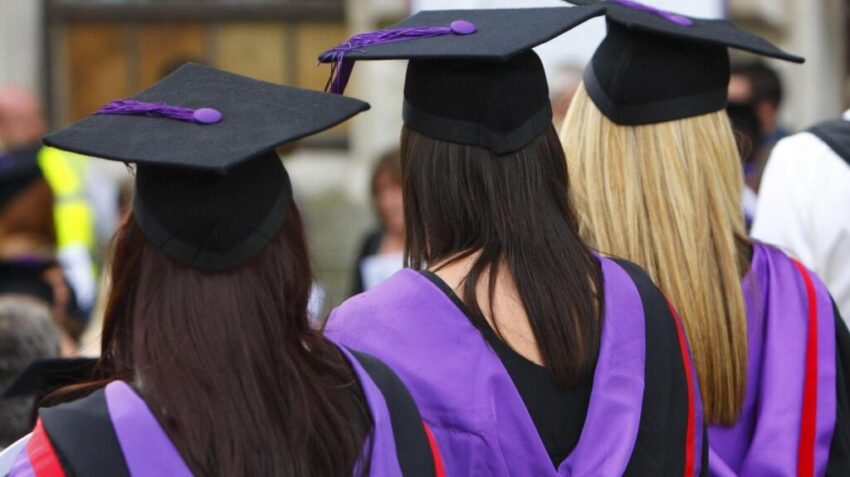 The outlook has never been so bleak for the hundreds of thousands of students finishing university this summer.

After having the last few months of their university lives ruined by lockdown, now they face a battle to start a career.

The coronavirus pandemic has upended businesses up and down the country, forcing companies to cancel or pause recruitment as they re-evaluate their costs and investment plans. Competition for graduate jobs is at an all-time high.

According to Adzuna, the job search website, graduate job openings have fallen by 77 per cent since the beginning of the year, from nearly 15,000 to just over 3,000. There are now 100 graduates vying for each role. Average graduate salaries have slipped by 3.3 per cent from £24,000 last year to £23,200.

Yet the year began well. There was record low unemployment and decent wage growth. The contrast to now could hardly be more stark, with official jobs data being published today set to reveal a sharp drop in vacancies and a big rise in unemployment.

In the five years after the 2008 recession, the median earnings of graduates aged in their 20s fell by about 20 per cent. Almost a quarter of entry-level graduate jobs disappeared and youth unemployment peaked at 21 per cent in 2011.

Comparisons with past economic downturns are of limited use, however, because this one has thrown up unique challenges. In the last recession, university-leavers who could not secure graduate training schemes in areas such as consulting, accounting or law took up jobs that did not require university qualifications. Many of those jobs were in hospitality and retail.

That trend has continued and about a quarter of graduates spend their first year after university working in these sectors. It is this part of the economy that has been hit hardest, giving graduates even fewer options.

The prospects for non-graduates are even bleaker. A study by the Resolution Foundation think tank found that 1.5 million, or 41 per cent, of employed 16 to 24-year-olds worked in sectors hit punishingly by the lockdown. Only 22 per cent of 25 to 34-year-olds work in those sectors and 18 per cent of 35 to 64-year-olds.

“The prospects for graduates are low and they will be scarred for some time,” Kathleen Henehan, of Resolution, said. “The government could look at more ways to encourage students who want to stay in education to continue.”

Graduate Recruitment Agency, Give A Grad A Go, have seen large decreases in creative and marketing jobs, but steady increases in sales and graduate business development jobs across the UK.

Although another 40 per cent are proceeding with their recruitment process this year, about 20 per cent have opted to suspend their selection processes and have stopped making graduate job offers. Before the crisis, employers were expecting to increase their graduate intake by 3.3 per cent this year, but this now looks unlikely.

Martin Birchall, 50, founder of High Fliers Research, said that the true scale of the damage inflicted by the Covid-19 downturn would be realised next year, rather than in 2020.

“Employers are aware that if they are seen to be cutting jobs they have offered for this autumn then the reputational damage could be quite significant,” he said. “But it doesn’t mean they have to carry on recruiting at those levels in the future.”