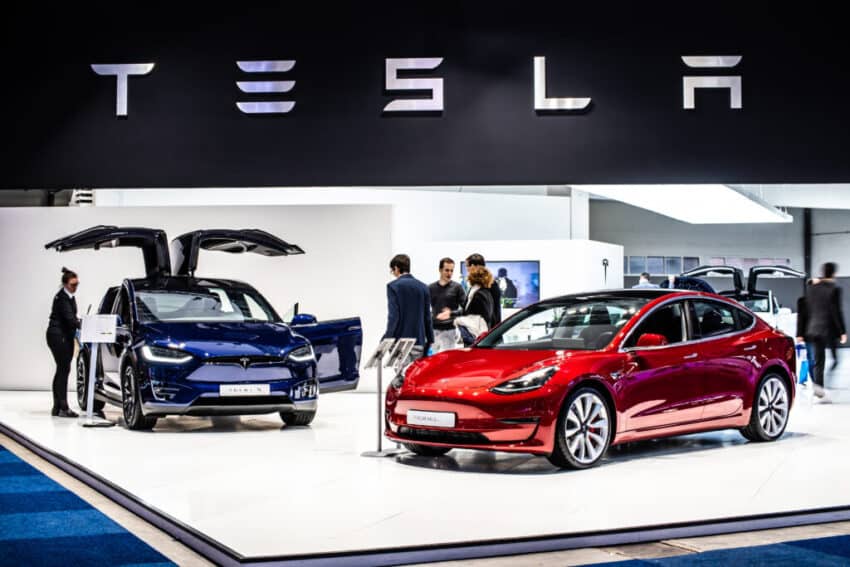 Grants for electric cars will be cut by £500 and abolished altogether for more expensive models under plans designed to stretch taxpayer support further.

The government will announce that the plug-in car grant will drop from £3,000 to £2,500 from today after a surge in demand for electric vehicles put massive strain on the scheme.

EV Powered is reporting that the upper limit of cars eligible for the scheme will be also reduced from £50,000 to £35,000.

The change means that Tesla’s popular Model 3, which costs from £40,500, will no longer be covered by the grant. It has consistently been the country’s best-selling electric car over the past year.

Other new models, such as the forthcoming Ford Mustang Mach-E, will not be covered either.

The government insists that overall funding for electric cars will remain unchanged. In March last year the Treasury announced that £403 million would be made available for the plug-in car grant up to April 2023.

However, Whitehall sources have said that huge demand for electric cars meant that it was no longer sustainable to keep individual grants at previous levels, meaning that the pot will be spread more thinly over the next two years.

It was claimed that more than half of electric car models would still be eligible for funding after the change.

“We’re ending the Tesla subsidy,” the source said. “Taxpayers should not be subsidising people to buy £50,000 cars.”

The move is likely to annoy motor manufacturers and environmental groups, which have called for more generous incentives to allow motorists to abandon petrol and diesel cars in favour of less polluting models.

Although plug-in cars have far lower day-to-day running costs, the upfront price is still seen as a huge driver of sales.

The government has already announced that it will ban the sale of petrol and diesel cars and vans in 2030, with hybrids following five years later.

Some 108,205 pure electric cars were sold last year, almost three times the number in the previous 12 months, although they still made up only 6.6 per cent of new registrations.

The government insisted that the overall level of funding remained “as high as ever”.

It added: “Given soaring demand we are refocusing on the more affordable zero-emission vehicles . . . where taxpayers’ money will make more of a difference.”

Edmund King, the AA president, said: “This is not great news for those waiting for delivery of the stylish entry-level Ford Mustang Mach-E as they will find that the price has ‘gone up’ by £3,000. Many buyers would have been counting on the subsidy.

“On the other hand, most drivers knew that the ‘free ride’ wouldn’t last for ever and at least more early adopters should be able to benefit from spreading the grant further.”

This month, the Social Market Foundation, a cross-party think tank, called on the government to abolish VAT on electric cars for people from poor households, providing about a £6,000 discount for some cars.

The report said that electric cars could cost up to £10,000 more than petrol or diesel equivalents, and although plug-in vehicles are much cheaper to run, that initial price difference affects sales hugely.

It said that the up-front price of electric cars was “not expected to be comparable with conventional vehicles until late 2020s”.

It warned that it could potentially delay transition to green cars, particularly among poorer households.

Matthew Fell, Chief UK Policy Director, added his thoughts saying: “While long-term reductions in consumer incentives for electric vehicles are inevitable, this is the wrong time to stunt a green recovery by making a sudden change to the grants on offer.

“With a stretching 2030 target in place to phase out sales of new petrol and diesel cars and vans, we must avoid sending mixed messages to consumers and businesses. Switching to an electric vehicle still has many barriers, including high upfront costs and availability of reliable charging points.

“A clear and consistent pathway for incentives will ensure business can continue to deliver the government’s ambitions for reducing transport emissions. By providing new electric vehicle models and installing the necessary infrastructure, we can make rapid transition a reality.”