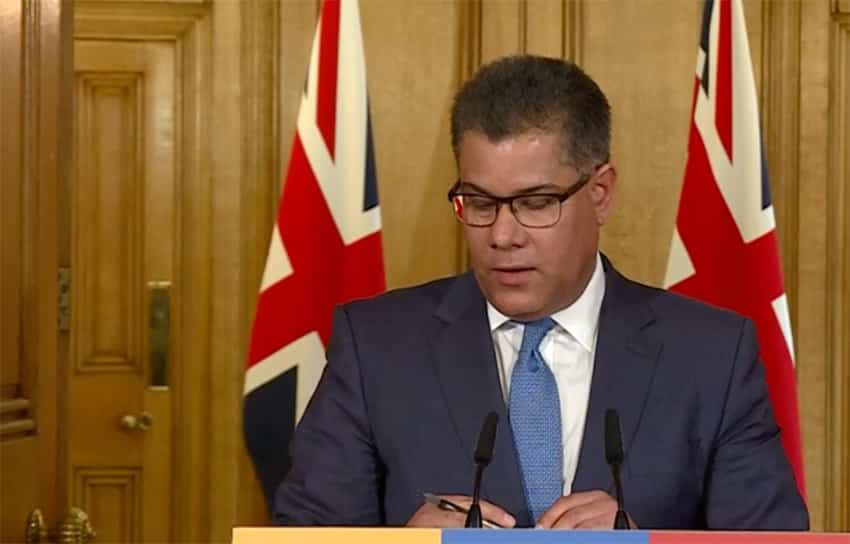 The emergency loans scheme for businesses struggling to survive amid the coronavirus pandemic has been revamped following strong criticism.

The Treasury said it had received more than 130,000 loan enquires from firms but fewer than 1,000 had been approved.

Business Secretary, Alok Sharma, said the changes to the scheme would make it easier for firms to access loans.

The chancellor will speak to the bosses of banks, which have been accused of taking advantage of the crisis.

The changes to the business interruption loan scheme will mean more businesses are able to access financial support during the lockdown.

Previously, government-backed loans for small businesses were only available to firms that had been turned down for a commercial loan from their bank.

That saw businesses being asked to pay interest rates of as much as 30%.

However, following the changes to the scheme, applications will not be limited to businesses that have been refused a loan on commercial terms. However, the Treasury did not put in place restrictions on the interest rates that banks can charge for loans.

This news will provide little comfort for small companies owners where the owners and directors receive their remuneration via a combination of lower PAYE salary and dividends. A petition calling for the Chancellor to address this ‘forgotten sector of UKs small business community‘ is currently at just below 250,000

Banks will also be banned from asking company owners to guarantee loans with their own savings or property when borrowing up to £250,000.

“We are making great progress on getting much-needed support out to businesses to help manage their cashflows during this difficult time – with millions of pounds of loans and finance being provided to hundreds of firms across the country,” the Chancellor Mr Sunak said.

“And now I am taking further action by extending our generous loan scheme so even more businesses can benefit.”

Labour welcomed the measures but accused the government of being “behind the curve” when implementing support measures.

“There remain huge gaps in support for employees and self-employed that must be addressed immediately if people are to avoid facing serious hardship in this crisis,” said shadow chancellor John McDonnell.

The head of the Confederation of British Industry, Carolyn Fairbairn, described the changes as a “big step forward” although she said more detail was needed.

“Each week brings unprecedented levels of economic support and it’s encouraging to see the government stepping in where urgent help is needed.”

Responding to the Chancellor’s announcement Chief Executive of UK Finance, Stephen Jones, commented: “Lenders are working hard to get money to all viable businesses who need it as quickly as possible. In addition to the millions of pounds of commercial lending being made available to help SMEs, lenders have already provided over £90 million to businesses supported by the CBILS and tens of millions are now going out the door each day.

“As the Business Secretary said yesterday, this was a new scheme delivered at pace and this will always mean there are issues that need to be addressed. Lenders have been working closely with government since implementation to ensure the scheme can operate in the best way possible to get money to viable businesses that need it. The reforms to the government scheme confirmed by the Chancellor are important changes that should help viable businesses access the help they need.”

Amazon is preparing to remove some products for sale to NI customers as a result of the Irish Sea border.