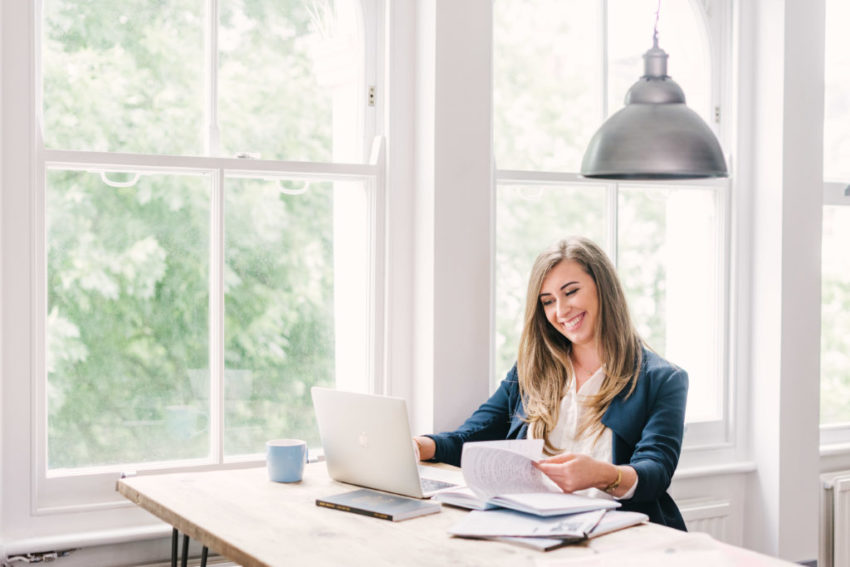 Leading female entrepreneurs and MPs have called on Britain’s top tech investors to give their backing to more female business founders after women took home close to 1p in every £1 of all start-up funding last year.

Start-ups led by all female founders secured just £118m of funding from the male-dominated venture capital industry in 2018, according to funding data compiled by analyst firm Pitchbook for The Telegraph, of a total of more than £7bn raised

Female-only founder teams secured just 1.6pc of the total, just over 1p in every £1.

A separate report published today by the British Business Bank, which revealed nearly identical figures for 2017, makes clear the dearth of support for female-led start-ups in Britain despite a host of diversity initiatives from the biggest names in the tech sector.

Liz Truss, the Chief Secretary to the Treasury, said: “More women starting up businesses will supercharge economic growth. It’s incredible that in 2019 men seem to have a virtual monopoly on venture capital. We need more investment going into start-up ventures and more women putting businesses forward.”

Start-ups with at least one female founder fared better, according to The Telegraph’s Pitchbook data, but still only accounted for 10p in every pound of start-up investment in 2018. The British Business Bank report estimated that around 89p in every £1 went to all-male start-up teams.

British Business Bank strategy director Alice Hu Wagner said: “We’ve looked at some of the data going back up to ten years and it has moved very marginally over ten years.”

Despite the tiny amount of funding compared to the total given to start-ups, it is actually an improvement. In 2017, around 1.2pc of start-up funding went to female entrepreneurs.

It also shows the UK is no better than the US in funding its female business leaders, despite its reputation for male-dominated start-ups in Silicon Valley. Findings published by the magazine Fortune found that around 2.2pc of all US start-up funding went to women.

“The data is heavily skewed by a small number of very large rounds,” she said, “it is a shame there are no female-led start-ups raising these mega rounds, but it is the percentage of female founders we should be most concerned with.”

Helena Murphy, 28 (pictured above) started investment consultancy Raising Partners two years ago and runs the business with her partner Duncan Di Biase. The business has so far raised £18 million for businesses in just over 2 years. She has seen the block faced by female founders first-hand, largely caused by a lack of female investors and the inherent sexism of the investment industry.

Helena said: “The world of business investment is still dominated by men. I’ve been to several board and investor meetings at investment and law firms across the city and on more than one occasion people assumed I was there as the PA or even as the person who was meant to fill in on reception for the day. Not the person presenting in the board room to the partners of the firm. I’ve also recently been in a boardroom filled with men and the artwork on the walls was all photographs of naked women!

There is a huge amount of unconscious bias in the industry, there are very few female investors in the UK. Investors tend to invest in sectors that they know or intrinsically “get” which makes funding for female-led and female-focused businesses that bit harder.

Female investors are more likely to invest in female focused products/ businesses as investors are attracted to propositions that they know and understand how the business will solve a particular pain point. This is potentially why female-run businesses are not getting the investment they need, as we need more women investors – until then it is a vicious circle.

It is a well-known fact that female business owners access less finance than their male counterparts. Crowdcube says only 18% of their funded pitches are led by females or a joint team which includes a female. In the US, and in 2017, just 2 percent of venture capital money went towards start-ups founded by women and in the UK male-run businesses receive around 92 percent of the funding.

This is a huge waste and ironically, we have found that when it comes to working with female entrepreneurs, they are much more investable than men as they are less likely to embellish figures and tend to present a less risky investment. In contrast, when we work with all male teams we have to have our ‘bullshit detectors’ out and it often takes weeks to get past the bravado and down to the businesses’ actual position. Businesses which have a female founder are often easier to work with at the outset and are generally more honest about figures and business forecasts. This means that from start to finish the process of raising investment is quicker.”