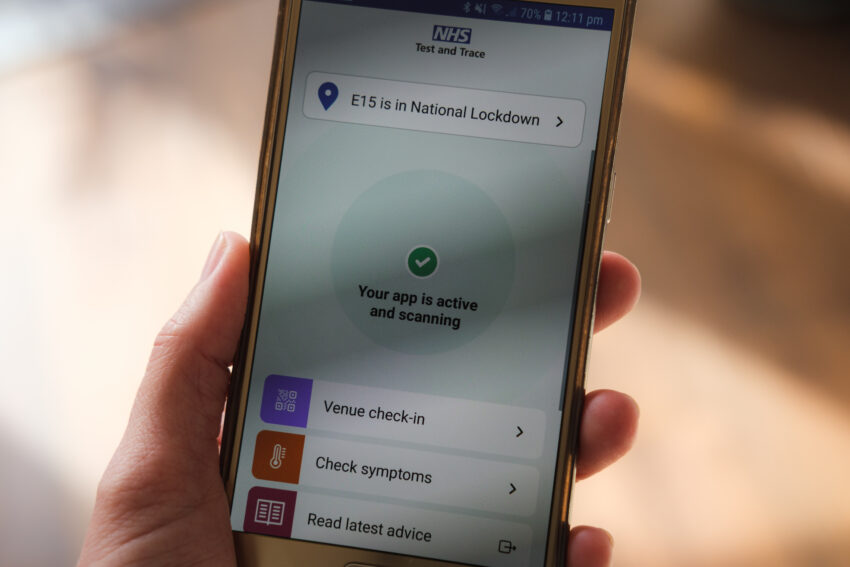 Workers from 16 key sectors including health, transport and energy will not have to isolate after being pinged by the NHS Covid app, as it was revealed that more than 600,000 people in England and Wales were sent self-isolation alerts last week.

The raft of changes, after days of frantic talks with industry leaders, came amid open Conservative revolt over the so-called “pingdemic” with the former health secretary Jeremy Hunt warning the government that it was facing a crisis of public trust in the system.

As panicked shoppers shared images of empty shelves blamed on a shortage of workers, the government also announced on Thursday night that a pilot daily testing programme will be expanded to up to 500 food and drink supply chain employers – though retail staff in supermarkets will not qualify.

Meanwhile, Downing Street said that companies who wanted to take advantage of the separate exemptions for essential workers would have to apply directly to the relevant Whitehall department that covers them for authorisation to bring staff back to work. The policy will only apply to named workers in approved workplaces who are fully vaccinated.

But it adds that “in some exceptional cases” there may be critical roles in other sectors which could be agreed on a case-by-case basis. Separate arrangements are in place for frontline health and care staff.

The move came after it was announced that a record 618,903 people in England and Wales were sent self-isolation alerts last week, and as images circulated of empty supermarket shelves caused by staff shortages and delays to deliveries spread across the UK.

With reports of people deleting the NHS Covid app in droves to avoid being alerted, Hunt said it was time to overhaul the system for everyone, saying ministers should “scrap the 10-day isolation requirement immediately for people who have been double jabbed in favour of having to isolate until they have done a negative PCR test … Otherwise we risk losing social consent for this very, very important weapon against the virus.” The requirement will be dropped for all double-jabbed people and under-18s on 16 August.

Mark Harper, who chairs the Covid Recovery Group of Tory backbenchers, backed an immediate overhaul. “The danger is, large numbers of people will either delete or stop listening to the app, and then when we get to 16 August they won’t be getting the advice to get a PCR test, and we will actually have made ourselves less safe,” he said.

The guidance for exempt services published late on Thursday by the government said not all workers would be approved, even if they fell into a relevant sector, in a relatively narrow list of exemptions designed to target the most urgent issues posed by the crisis.

It said an exception may be suitable in critical roles such as railway signalling, but was less likely to be suitable for individual train drivers.

“It’s about making the case that this will have a major impact on delivering essential services,” a Whitehall source said. “There will be places where it applies differently to one person and not another.”

Once approved, workers contacted by test and trace or the NHS app would be exempt from isolating if they have been double vaccinated – though they will need a negative PCR test and must do daily lateral flow tests for 10 days.

The government had previously said there would be no list of critical workers exempt from isolating rules, while industry leaders were told that any changes would only be limited in scope – breeding frustration among company bosses as the situation rapidly worsened.

A separate pilot of daily contact testing will also begin in critical workplaces in the food supply chain so that contacts who would otherwise be self-isolating can instead take daily tests. Previous pilots have reported some mixed results for requiring workers to take tests onsite – even on days off.

The environment secretary, George Eustice, held a roundtable with supermarket leaders, telling them testing sites have already been identified with industry for urgent implementation this week, including the largest supermarket distribution centres, with expansion to hundreds of sites to start next week.

It will mean workers who have received an NHS Covid-19 app alert to isolate or have been called by test and trace will be able to continue working if they test negative.

The director general of business lobby group the CBI, Tony Danker, had warned that companies across Britain risked “grinding to a halt” without a rapid change in direction from ministers.

“The current approach to self-isolation is closing down the economy rather than opening it up,” he said.

On Thursday, the Co-op said it was taking on 3,000 temporary staff to help cover absences at its grocery stores and warehouses caused by the rise in Covid cases, as the Pret a Manger coffee shop chain said it had to close 17 outlets temporarily and the Milk & More doorstep service admitted some customers had missed out on deliveries.

The Co-op said it was taking on more workers as it was experiencing “patchy disruption” partly caused by the NHS app.

A spokesperson for the Co-op said: “We are sorry that we are running low on some products. Like many retailers, we are impacted by some patchy disruption to our deliveries and store operations but we are working closely with our suppliers to get re-stocked quickly.”

Milk & More said that its was able to make 95% of its deliveries on time but admitted “in a very few areas unfortunately, some customers have experienced late or missed deliveries”.

A spokesperson said: “This is due to a combination of factors including a shortage of drivers (like many other companies, we are finding it difficult to recruit staff), combined with a high number of our colleagues having to isolate as a result of track and trace.”

Pret declined to comment on the temporary store closures, but it is understood they are related to staff shortages linked to NHS notifications.

It comes as business groups push behind the scenes for further action, in the belief that a narrowly defined list of exempt professions would not go far enough to address widespread disruption across the economy.

Urging the government to go further, representatives from the UK’s biggest business lobby groups warned ministers they would need to bring forward the 16 August date.

Ministers had been reluctant to act despite lifting most pandemic restrictions on Monday, insisting that time was needed before dropping the self-isolation rule as coronavirus infections soar. The government had been warned that waiving the requirement on 19 July would result in cases being up to 25% higher than waiting another four weeks to do so.

Union leaders said that some employers had started cutting corners to deal with staff shortages, including rolling back workplace safeguards like enhanced cleaning measures as a direct result of the mixed messages from the government.

Matt Draper, national officer for drivers and warehouse staff at the trade union Unite, said ministers urgently needed to ensure that workers were paid properly to isolate if pinged by the NHS Covid app and said rules forcing the mandatory wearing of masks on public transport, in shops and in hospitality venues needed putting back in place.

“Allowing frontline workers such as lorry drivers not to self-isolate if pinged may alleviate short-term supermarket supply issues but it will do nothing to reduce infection rates,” he said.