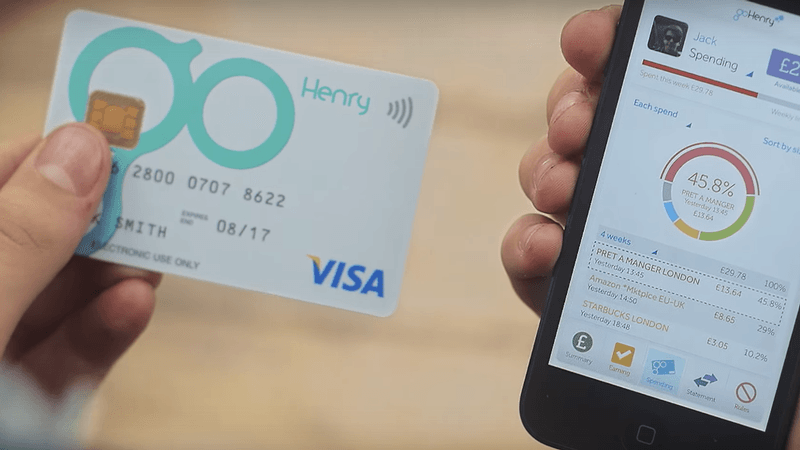 Gohenry which is enabling a generation of kids and teens to take part in the digital economy and learn about money, has successfully raised £6.2m via Crowdcube.

The funds raised will be invested in products and marketing, as well as expanding gohenry’s operations in the US.

Gohenry’s raise on Crowdcube launched in September with a target of £2m, which it has exceeded by 3x.

Over 3,000 investors have taken part in the raise, which is gohenry’s third on Crowdcube. Gohenry’s previous raises on Crowdcube were in 2016 and 2017, and the total amount gohenry has raised on the platform now stands at over £10m.

This latest raise makes gohenry one of the first companies to take advantage of the newly-raised prospectus threshold – previously regulations permitted companies only to raise up to €5m without issuing a prospectus, but in July this figure rose to €8m.

Alex Zivoder, CEO of gohenry, said: “We’ve raised £6.2m on Crowdcube – triple our target – we’re just blown away by the level of support for gohenry. The funds will help us to expand in the US, and further develop our product experience. Over 350,000 children are actively using gohenry, with more joining every day – managing their finances, learning about money, and getting to grips with the digital economy – these are very exciting times at gohenry!”

Luke Lang, co-founder of Crowdcube, said: “This is the third time gohenry has raised on Crowdcube’s platform as the company continues its impressive growth. Like Monzo and Revolut, gohenry is another brilliant example of a fintech trailblazer that understands the multiple benefits of crowdfunding. Raising on Crowdcube is not simply a great way to raise growth capital, it also expands your community and deepens those relationships, which is of course critically important when you’re building a brand.”

Gohenry is a pocket money management tool that uses a pre-paid card and app to help teach today’s digital generation about money. Parents can set up an account and use the app to set allowances automatically or related to tasks, as well as agree limits and locations where the card can be used.

After that, children (ages 6-18) are able to choose how they spend and save themselves, and the app gives them a record of where their money is going. Gohenry also just launched a Giving feature in partnership with NSPCC in the UK, which allows children to make small donations to charity.

The world of personal finance has moved on significantly with the advent of the digital economy, and cash is paying a smaller part in all or our lives than ever.

Earlier this year a UK finance report revealed that debit cards had overtaken cash transactions for the first time ever in the UK. Young people have been excluded from this digital revolution, and as a result don’t get exposure to the kind of skills that are so fundamental in adult life.

gohenry claims to be the solution to that problem, empowering children to take part in the world of digital and online banking and to learn about money.

gohenry has over half a million active members, made up of over 245,000 parents and 350,000 kids accounts. £70m is paid out in pocket money via the platform to UK children each year. The US market represents fantastic opportunities for growth, with a market 6 times the size of the UK. The business already has over 15,000 active children accounts there, and these funds can now be used to enlarge their existing US operations.

The successful raise comes after fantastic growth in the business, with revenues growing from £2.8m in 2016 to £6.1m in 2017, with 2018 figures expected to be £8.1m. This led to being placed in eighth position in the Sunday Times Hiscox Tech Track 100 earlier this year.