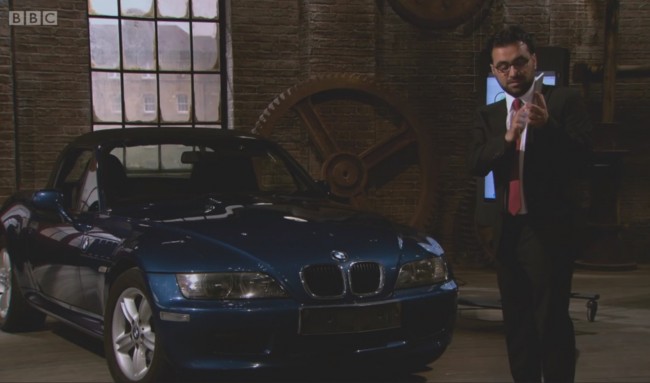 A couple of entrepreneurs and their healthy food business entered the Den to try and capitalise on the increasing gluten-free market. The Dragons went straight on the offensive as Nick, who lives a gluten-free lifestyle, wasn’t impressed with the products or the business setup, and ruled himself out of an investment. Peter Jones chose not to invest with concerns over the size of the gluten-free market. With Touker the next Dragon to say no to an investment, the entrepreneurs’ chances of securing a deal were fading. Deborah threw the team a lifeline and made an offer, and with Sarah considering whether to invest or not, the businesswomen behind the gluten-free products shot herself in the foot by asking Sarah to join Deborah in a deal before she had even made her mind up. The proposal took an ugly turn as Deborah withdrew her offer following the proposition of a partnership, and Sarah hammered in the final nail in the coffin, meaning the couple of entrepreneurs walked away without an investment.

The Dragons were presented with a security app for cars next, and it didn’t take long for the investors panel to sink their teeth into the concept. Asking for a £200,000 investment for a 20 per cent stake in the business, Peter Jones raised the biggest concerns by questioning the purpose of the app. Deborah and Nick reviewed all the problems that the app faces and ruled themselves out of an investment. Tourer urged the businessman to focus on either the security market or the gadget market, but the confusion was too much for Touker to commit to. Sarah was fascinated by the product but refused to invest, leaving the entrepreneurs chances of an investment solely down to Peter. With issues over the purpose of the app and confusion in regards to the businesses numbers, the entrepreneur left the Den empty handed.

An entrepreneur facing her own battle with a skin condition presented the dragons with a product to help women similar to her, asking for a £37.5k in exchange for a 30 per cent stake in her business, Vitaliglow. Impressive figures had the dragons licking their lips initially, but Nick was curious to find out how the beauty business was building its name and refused to invest as he believed the business had enough potential to grow on its own. Peter didn’t believe the product would grow into a big enough product to invest in, and Deborah and the entrepreneur had different ideas as to where to take the business. Touker looked past the flaws in the business and made an offer of all the cash but a 50/50 partnership, but with all of his experience and the strength and backing of his organisation. Sarah followed up her interest in the business with an offer to rival Toukers offer. With a lot of debating, Touker revised his offer and asked for a 40 per cent stake instead of a 50 per cent stake, but the skin care entrepreneur chose to partner with Sarah as she landed her first investment of the series.

A couple entered the den with their gourmet chocolate products and a desire to create a tasty treat that matched the beauty of the Scottish scenery they grew up in. The Dragons were wowed by the taste of the chocolates, but Nick slated the history of the business and where the business is situated. The entrepreneurs left themselves with a mountain to climb by saying they couldn’t match costumer orders, leaving Nick with questions over the businesses infrastructure, and soon ruled himself out of an investment after reviewing all the issues that had been raised. Peter was concerned as to how close he would work with the two business partners and the pace at which the business would grow and chose not to invest. Things turned awkward when Deborah questioned the businesses ambition and urged them to move to away from the remote areas of Inverness to a more industrial area to grow their business, and ruled herself out of an investment. Sarah was disappointed with the business, saying they had compromised the heart and soul of their business, and refused to invest. Touker softened the blow by offering some free advice before burying the entrepreneurs chance of an investment.