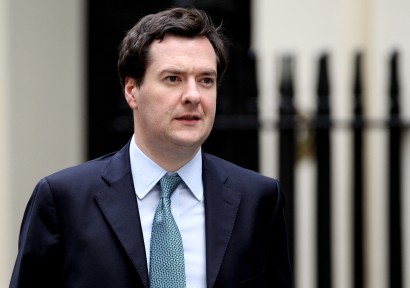 The Business Factors Index, a quarterly survey into business performance and outlook among UK firms, reveals just 15 per cent were trading overseas in the first quarter of 2012. Instead, 62 per cent of business owners were looking to cut costs and overheads in order to combat difficult trading conditions.

Only two per cent of firms are looking to broaden their horizons and have identified international trade as an activity to form part of their business growth plans in 2012.

Worryingly, the Chancellor George Osborne has been hoping an increase in exports will counterbalance the Government’s continued austerity measures, but only five per cent of UK firms think greater support for businesses trading internationally will help stimulate an economic recovery. Instead, 18 per cent feel keeping interest rates the same would have the biggest positive impact on the future economic climate.

This mismatch in opinion between the Government and the business community comes at the same time as the Office for National Statistics reports the UK trade deficit widened to £3.4bn in February, up from £2.5bn in January, due in main to an 8.8 per cent fall in exports to non-EU countries.

More than half of business owners, 55 per cent, reported the general economic climate was providing their greatest barrier to exporting, while 21 per cent pinpointed a lack of available finance.

Mark Riches, sales director of international trade finance at Bibby Financial Services, says: “The latest figures from the Office of National Statistics reveal the UK just isn’t exporting its way to a recovery, and with our own research revealing few firms are buying into George Osborne’s vision, it seems unlikely that the UK will see a significant improvement in the trade deficit in the near future.

“The greatest challenges for many small and medium-sized businesses in moving from a national to an international operation, is overcoming exchange rate fluctuations, dealing with the cultural, legal and language barriers, coping with extended payment terms and maintaining a healthy cash flow.

“However, businesses need to be made aware that there is help out there, for example the UKTI (UK Trade Investment) is able to support firms with all matters associated with trading internationally to ensure success in overseas markets. Independent specialist finance providers, such as Bibby Financial Services, can also support SMEs through tailored funding facilities and have the expertise to overcome many of the obstacles outlined above.

“With our Business Factors Index revealing almost half of UK firms have seen lapsed customers returning in the first three months of 2012, with a further 41 per cent welcoming new customers, opportunities to maximise growth, including those in foreign markets, should be high on the business agenda.”