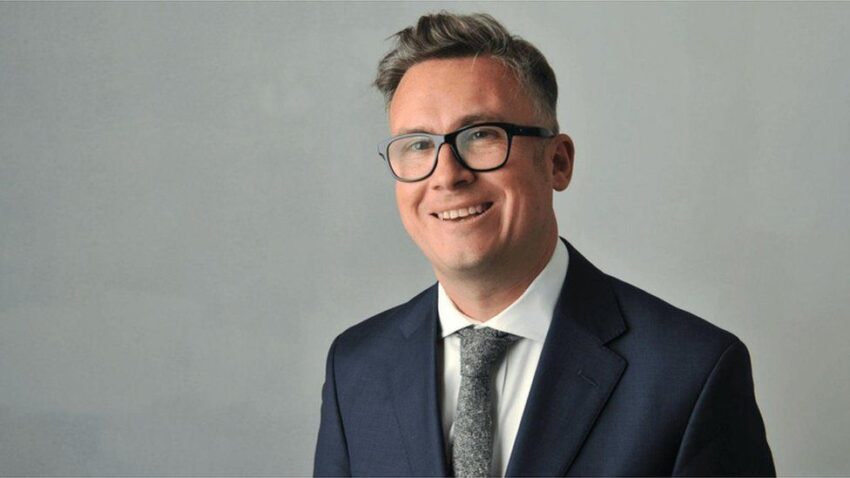 The UK’s first LGBT business champion has pledged to build a bridge between the government and the LGBT community.

One CIPD report suggested 40% of LGB employees had experienced conflict at work, rising to 55% of trans employees.

One, Jayne Ozanne, accused the government of creating a “hostile environment” for LGBT people.

The members left over the government’s handling of LGBT rights and amid claims it was “dragging its feet” on a pledge to ban so-called conversion therapy.

“I definitely see my role as a link between the LGBT community, government and business and I want to build a bridge between the three parties,” Mr Anderson said.

“If businesses see me, and in turn government, putting in place tangible ways to allow LGBT people to be themselves, they’ll understand that this is a priority area and do more about it.”

He told the BBC that the UK had “come a long way” on LGBT issues, but there was “still a lot of prejudice and discrimination out there”.

He added that large firms had put in a lot of work on improving conditions for LGBT workers and he wanted to help small firms “buddy up” with bigger companies to learn from their experiences.

Stonewall’s Robbie de Santos described the appointment as a “really important move” and said it was the government’s responsibility to “set the tone and culture” for what was happening in the UK.

“Where 35% of LGBT+ people hide who they are at work for fear of discrimination – and two in five haven’t told anyone about being bi at work – we are in a situation where the government does need to step in.

“It’s just not on that huge sections of the LGBT population can have that experience at work, so it’s a welcome sign the government has appointed someone specifically to look at this. If you think about how much of time we spend at work, it’s really key.”

For his part, Mr Anderson said that coming out as gay at work helped his business to thrive.

“I’ve been in business 30 years and I didn’t feel able to be myself at work for about half that time,” he said.

While gender pay gap reporting has become compulsory for large businesses – suspended during the pandemic – Mr Anderson is not pushing for mandatory reporting of LGBT pay gaps.

“I’m open to conversations with businesses and organisations about any suggestions they have to improve the workplace for LGBT people. If pay gap reporting is one of those suggestions, then I’m more than happy to look at this as an option.”

He also acknowledges that LGBT pay gap reporting is more “tricky” as not all employees wish to be out at work.

In the role, he will also help British businesses to advocate LGBT equality in their international trading partners ahead of the UK’s first global LGBT conference next summer.

“We hope this will instil a new clear focus on LGBT+ individuals who run small businesses right across the country who are so often overlooked compared to others.

“All too often, it is only larger companies and corporates that offered serious engagement with these issues, it’s vital that small business owners and the self-employed are also considered and involved.

“The government must lead the way on this, by offering mentoring opportunities, role models and an expanded business network”.

Matthew Percival, skills and inclusion director at the Confederation of British Industry said: “Employers need to be thinking about all groups of society, taking steps to understand and respond to the experiences of LGBT employees.

“Forums or networks that help LGBT colleagues put forward their views and priorities to management are one of many practical ways in which this can be done.”

He added that the government could “send a powerful signal” by ratifying the International Labour Organization’s Violence and Harassment Convention, described as the first international treaty to recognise the right of everyone to a world of work free from violence and harassment.

Jose Franca, who runs an LGBT business group, urged the government not to make the role a “tick-box” exercise.

“We feel that small business LGBT+ members aren’t being represented and we say to the government, don’t use us as tick-box exercise, engage with us – what are our challenges? Give us the spotlight,” says Mr Franca, a developmental consultant who helps lead an LGBTQ+ support group for the FSB.

“Is this going to be different or is it just another PR exercise – what action will they take?”