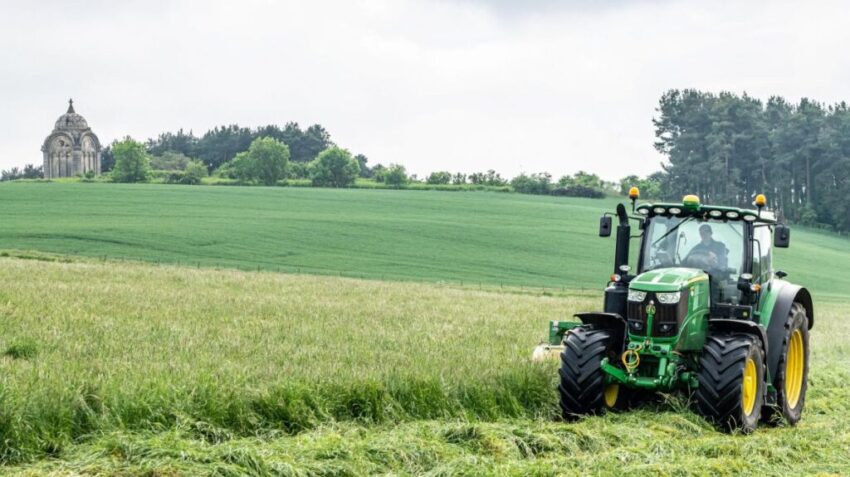 Ministers have bowed to pressure to set up an independent commission to ensure that British farmers are not undercut as Whitehall pursues a string of post-Brexit trade deals.

Liz Truss, the international trade secretary, said that free trade agreements with countries including the United States “must be fair and reciprocal”.

Ms Truss, who has insisted that Britain will maintain EU bans on goods including chlorinated chicken after leaving the bloc, announced the panel in an effort to allay fears that domestic farms could be hurt by cheaper imports.

The advisory commission will recommend policies to guarantee that farmers “do not face unfair competition and that their high animal welfare and production standards are not undermined”, she said. Farming, trade and food experts are also set to examine consumer interests and how Britain can boost its agricultural exports.

The National Farmers’ Union (NFU), which has been calling for such a panel for 18 months, welcomed “concrete action” from the government “to address the challenges of safeguarding our high food and farming standards”.

Britain began formal trade talks with Washington last month and Tokyo three weeks ago, negotiating via video conference. Discussions with Australia opened this week and negotiations with New Zealand are due to start soon.

Senior Conservatives have expressed unease over the prospect of agricultural import standards being loosened under trade agreements and more than a dozen backbenchers rebelled in a parliamentary vote in May. Theresa Villiers, the former environment secretary, said up to 50 Tory MPs were concerned.

Last week Waitrose said that any regression from existing standards would amount to an “unacceptable backwards step”, arguing that it would be “simply wrong” to import meat produced under weaker standards than on British farms. It pointed to hormone-treated beef and the “extensive” use of antibiotics as examples of US farming standards “well below our own”.

“I wholeheartedly agree that any trade deal the UK strikes must be fair and reciprocal to our farmers, and must not compromise on our high standards of food safety and animal welfare,” she wrote in a letter to the NFU. I have been very clear on both these points and will continue to fight for the interests of our farming industry in any and all trade agreements we negotiate.”

The Trade and Agriculture Commission would be “strictly time-limited” and its recommendations “should be advisory only,” she added. Establishment of the body is subject to agreement over its terms of reference and membership over the coming days.

Minette Batters, president of the NFU, called it a “hugely important development” and said she looked forward to ensuring that the commission’s work will be “genuinely valuable”.

However, critics described the news as “actually unacceptable” and predicted that it would restrict the scope of Britain’s post-Brexit trade negotiations.

Matt Kilcoyne, deputy director of Adam Smith Institute, a free market think tank, said: “This commission is a kick in the teeth for consumers and it is a conspiracy by a powerful few against the public good.”

The Trump administration made clear last year that it would push to topple trade barriers that “unfairly” prevent American farmers from exporting to Britain. Its objectives included establishing “a mechanism to remove barriers that block the export of US food and agricultural products”.