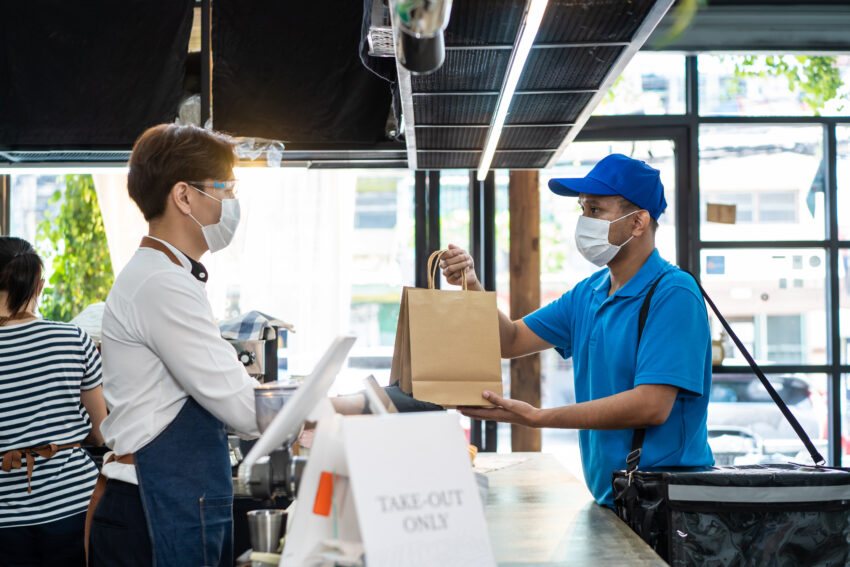 Soaring Covid cases could cause major shortages across industry, hospitality and healthcare, ministers have been told, as rail companies cancelled services and Royal Mail said it was experiencing high staff absences.

According to cabinet sources, Boris Johnson and England’s chief medical officer, Chris Whitty, said at a briefing that rising cases would be likely to affect businesses with mass worker absences. Whitty also told ministers to expect a “significant increase” in hospital admissions.

West End shows have been cancelled because of the surge in suspected Omicron cases, while waste collections, deliveries and schools are all under threat from shortages. No 10 emphasised there had not been “any discussion or any warning about hospitals or clinical settings having to close as a result of this variant”.

Johnson’s spokesperson said public services should be able to continue to operate without disruption. “We have strong measures in place and robust, and now tested, procedures to ensure they can continue.” Asked if modelling had been done on the impact on staffing essential services, he said: “I think given the lack of hard data on things like severity, transmissibility and its impact on different vaccines and boosters etc, I think that would be hard to model.”

The leader of Britain’s A&E doctors said on Tuesday that Omicron could lead to high numbers of hospital staff having to take time off ill just as the NHS was grappling with winter pressures.

“The biggest challenge to staff at the moment is going to be the numbers going off sick,” said Dr Katherine Henderson, president of the Royal College of Emergency Medicine. “I was on a shift yesterday and during my day shift four doctors went off Covid-positive,” she told an all-party parliamentary group coronavirus evidence session.

Elaine Thorpe, a matron in the intensive care unit at University College London hospitals NHS trust, said: “We’ve got a lot of staff really going down with Covid and that’s really impacting the number of nurses, doctors, admin staff – everyone behind the scenes. It’s not just the staff who work in the coalface in A&E and critical care. It’s throughout the NHS that’s really going to be impacted on this and we’re really worried.”

The Guardian understands about 100 Tube drivers are on Covid-related absences. ScotRail and West Midlands said there had been an increase in Covid cases among its train crews, while ScotRail axed services because of an outbreak among staff.

Manuel Cortes, general secretary of the TSSA union, representing transport workers, said furlough should be urgently reintroduced and that essential transport services were under threat. “We know that Omicron has a higher attack rate than any previous variant of Covid-19. It will soon be the dominant form across Britain, putting essential services at risk, and straining our NHS,” he said. “In Scotland, hundreds of ScotRail trains have been cancelled due to illness. We need to take action now to break the chains of transmission.”

Essential services could also come under pressure similar to the summer’s “pingdemic”, which forced millions of people to self-isolate. Greenwich council in south London has told residents that staff shortages will cause disruption to waste collection this week.

The mayor of London, Sadiq Khan, urged more support for businesses as it emerged there was a 25% increase in Christmas booking cancellations, in part by sick or wary customers. The trade body UK Hospitality has forecast that takings will be down by as much as 40% for December, usually the most lucrative month for venues.

Increasing numbers of teachers are absent because of Covid, according to the latest Department for Education data, with 2.4% off across all state schools in England, compared with 2% two weeks before. Most of those were from primary schools, with one in 30 primary pupils in England absent from the classroom last week for Covid-related reasons.

Absence management software company, Timetastic, have seen a surge in signups as businesses try to manage staff holidays and a spike in sickness leave from Omicron.