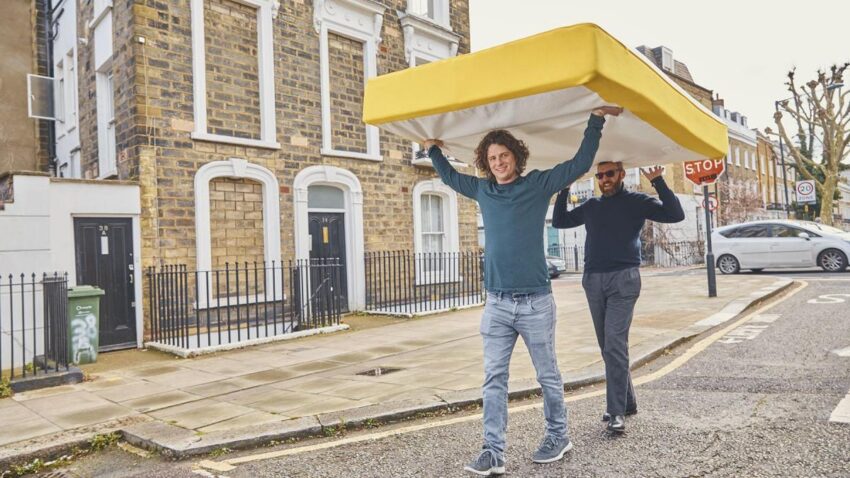 Eve Sleep has put itself up for sale after racking up losses of £56 million and suffering a 99 per cent plunge in its share price in the five years since listing on the London Stock Exchange.

The decision by the bosses of the online mattress retailer to seek a buyer caps what has proved to be a disastrous investment for City fund managers.

Eve was valued at about £140 million when it made its debut on the junior Aim market in May 2017, little more than two years after the business was founded. It achieved the valuation despite never having turned a profit and generating revenues of only £12 million the previous year.

It has remained unprofitable ever since, with cumulative annual net losses topping £56 million between 2017 and last year, according to calculations by The Times. They peaked at £20 million in 2018 and last year stood at £3 million, from £2 million in 2020.

It is now being hit by the cost of living crisis and warned investors yesterday that it would not meet revenue expectations for the year as consumer confidence wilts in the face of soaring inflation. Eve said it believed that it was in the best interests of all its stakeholders that it examined “all possible strategic and financing options for the business”, including a sale. The group revealed that it had been in talks with an unidentified American investor about a deal but that the potential suitor had since withdrawn its interest.

Cheryl Calverley, Eve’s chief executive, said the company needed additional investment if it were to achieve its long-term potential. “Recent inbound investor interest has led the board to conclude that the optimum way to build shareholder value and realise the opportunity in sleep wellness is to launch a strategic review to secure either a new owner or a major strategic investment partner,” Calverley said.

Shares in the group fell by more than ¼p, or 21 per cent, to about 1¼p on the announcement, leaving it with a market capitalisation of less than £4 million. The stock is down 99 per cent on its 101p-a-share flotation price.

Eve began in 2015 by claiming to sell “the world’s most comfortable mattresses”. They are ordered online, delivered in boxes and unrolled once they arrive. It used to allow customers to try their mattresses for 100 nights after delivery but recently extended this to a year.

Jas Bagniewski, Eve’s co-founder, who was chief executive during the listing, had said at the time of the initial public offering that it represented “a new dawn in our vision to be Europe’s leading sleep brand”.

He was ousted from the business little more than a year later, when Eve conceded that management had made “some strategic missteps”. His replacement, James Sturrock, quickly unwound Eve’s rapid expansion across Europe to focus the company on the UK, Ireland and France, down from 15 territories in 2018.

Under Sturrock, who stood down in May 2020 but remains on the board as a non-executive director, and his successor Calverley, who was previously Eve’s chief marketing officer, the group has expanded its product range in an effort to push into the so-called sleep wellness market. It now sells CBD oils, candles and rescue remedy drops to help people to sleep, as well as bedding, bed frames and its mattresses.