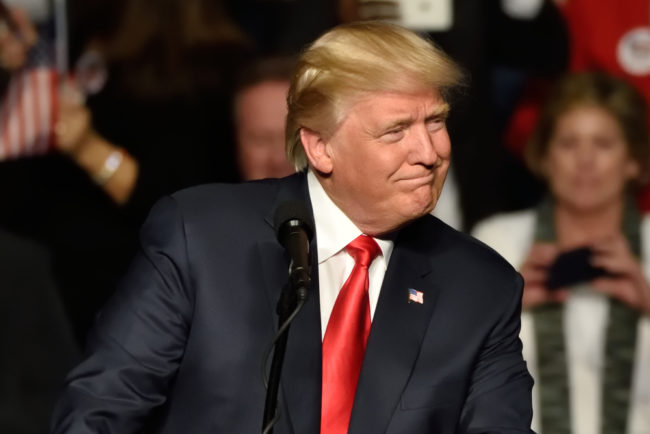 The European Union is considering applying 25 percent tariffs on around $3.5 billion of imports from the United States if President Trump carries out plan to apply global duties to steel and aluminium, EU sources say.

The European Commission has said it would respond “firmly” to proposed U.S. import duties of 25 percent on steel and 10 percent on aluminium.

It has spelt out it would join others in a challenge at the World Trade Organization (WTO) and consider safeguard measures, last deployed in 2002, to guard against steel and aluminium being diverted to Europe from elsewhere if U.S. tariffs come in.

A further counter-measure under consideration would specifically target the United States to “rebalance” trade between the two, EU sources say.

EU politicians have been fiercely critical of Trump’s proposed tariffs. European Commission president Jean-Claude Juncker said on Thursday that they are “a blatant intervention to protect US domestic industry and not to be based on any national security justification. Protectionism cannot be the answer to our common problem in the steel sector.”

He added: “Instead of providing a solution, this move can only aggravate matters. The EU has been a close security ally of the US for decades.

“We will not sit idly while our industry is hit with unfair measures that put thousands of European jobs at risk. I had the occasion to say that the EU would react adequately and that’s what we will do.

“The EU will react firmly and commensurately to defend our interests. The Commission will bring forward in the next few days a proposal for WTO-compatible countermeasures against the US to rebalance the situation.”