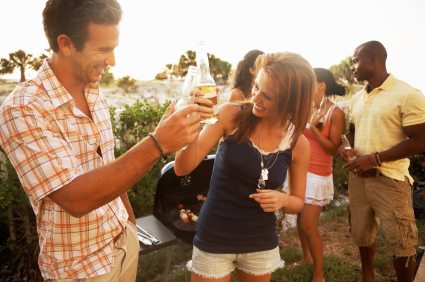 England fans watching tonight’s World Cup clash with Colombia in the pub may come home a little more out of pocket than expected.

Pub chain Stonegate Pubs is charging up to 50p more for a pint during England’s matches in some of its 690 pubs.

The Sun said a Yates in Manchester was charging an extra 20p on drinks, while a Walkabout in Colchester added 25p and the Clock House in Harlow 50p.

Stonegate said the price hike paid for door staff, plastic cups and cleaning so venues could meet a number of licensing requirements.

The British Beer and Pub Association expects England fans will down an extra six million pints as they watch Gareth Southgate’s side vie for a place in the last 16.

But some of those fans will be paying more than usual for the pleasure.

A spokeswoman for Stonegate said price increases of between 10p and 50p would be applied on certain drinks in certain venues for the duration of the match.

#stonegate charging a extra 50p per pint for england games is ludicrous! Yes the arguement for door staff stands but the extra trade should cover those costs, another greedy hospitality company!

She added that it was “common practice” for pubs and bars to implement “event pricing” to make sure customers can be served quickly, safely and enjoy the occasion.

But Ed Bedington, editor of the Morning Advertiser which serves the pub trade, said he did not think it was common practice but acknowledged there were increased costs for major events, including getting more stock in and security.

“I would not say it’s an unreasonable thing to do, but it’s not a standard thing to do,” he said.

Wetherspoons, which has 880 pubs across the UK, said it would not be following suit.

“I don’t think customers would be very impressed.

“You have to show loyalty to customers who have shown loyalty to you,” he added.