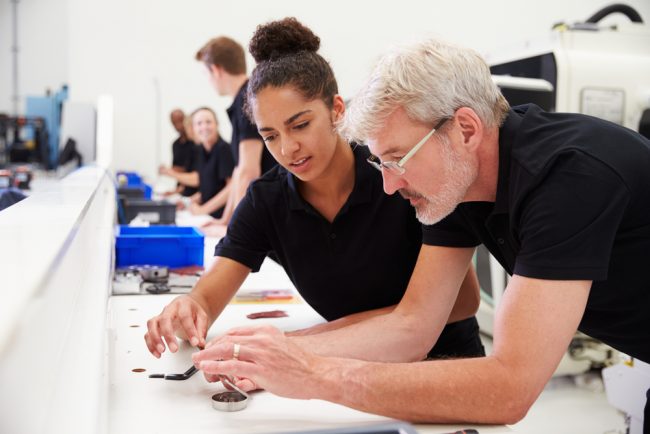 As part of the survey, employers were asked: ‘Have you taken on apprentices, and offered them full-time work, once they’ve completed their apprenticeship with you?’ to which 76 per cent said that ‘yes’ they had, with only 24 per cent saying ‘no’.

Kelly Ball, managing director of Positive Outcomes, said: “The survey shows that apprenticeships can be a great way of securing a full-time position, with more than three quarters of employers hiring former apprentices to a permanent job. When you consider the battle that new graduates face to secure a position having completed their degree, an apprentice is in a much better place to secure a long-term role.”

She continued: “Also, candidates that have completed apprenticeships with a company, are in a position to earn a starting salary significantly higher than the minimum wage. Apprenticeships have long been criticised for paying low wages, but candidates have to remember that they’re being paid to learn, and in return, they’re also gaining an internationally recognised qualification. However, most importantly, this survey shows that, following the completion of the course, there are many opportunities for apprentices to take a full-time position and earn a much higher salary.”