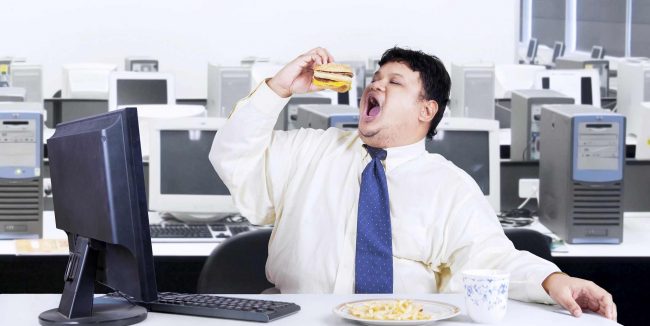 Longer working hours preventing exercise was cited by 59 per cent as the main reason for this, according by Willis PMI Group, part of Willis Towers Watson.

Almost half blamed a lack of exercise facilities and initiatives, while unhealthy vending machine or ‘tuck shop’ snacks and unhealthy canteen food were said to be the third and fourth biggest factors behind the assertion.

“The government estimates obesity contributes to the loss of 16 million certified incapacity days each year1 and this research suggests employers may be part of the problem, rather than part of the solution,” said Mike Blake, Director at Willis PMI Group.

“The findings call for businesses to review their existing workplace cultures and practices and, where appropriate, proactively adopt health and wellbeing initiatives.”

Younger workers were more critical of their employers than their older colleagues. Forty-two per cent of 18 to 34-year-olds blamed their bosses for contributing to higher levels of obesity, compared with just 29 per cent of 35 to 64-year-olds.

Blake added: “Support and education for employees to combat obesity can be relatively inexpensive to implement, but by encouraging staff to lead healthier lifestyles businesses can help cut obesity-related illnesses and the associated business risks.”