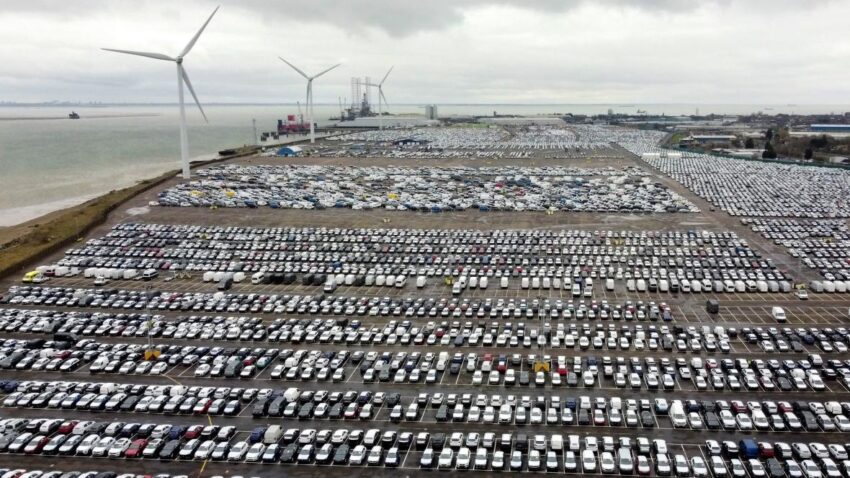 More than one in ten new cars, or 10.7 per cent of car registrations, last month were fully battery electric vehicles, new data has shown.

The American zero-emission car the Tesla Model 3 was the single biggest seller in the UK in the month.

Not only was June the first time electric car sales have gone through the 10 per cent mark but including plug-in hybrids — electric cars with combustion engines that can run in zero-emission for several dozen miles — have broken through to account for 17 per cent, or more than one in six of the total market.

Other vehicle sales data out today also shows that the first six months of 2021 was the second highest grossing first half for new van sales. Van registrations are often taken as a proxy for economic activity especially in the retail and building trades.

Figures out from the Society of Motor Manufacturers and Traders (SMMT) show that 186,000 new cars were registered in June, up 28 per cent from the same month last year when the country was only beginning to emerge from the first Covid-19 lockdowns. For the first six months of 2021 new car registrations came in at 909,000: that is 38 per cent higher than for the first half of 2020.

The SMMT warned, however, that the figures needed some historical context and that the automotive industry is also suffering from “long-Covid”, of continuing economic and operational dislocation, not least in the supply of computer chips used in cars.

The June 2021 figure is down 16 per cent on the average figure for the month over the past decade and the first-half figure is down 26 per cent on a ten-year average. “With the final phases of the UK’s vaccine rollout well under way and confidence increasing, the automotive sector is now battling against a ‘long Covid’ of vehicle supply challenges,” Mike Hawes, chief executive of the SMMT, said.

“The semiconductor shortages arising from Covid-constrained output globally are affecting vehicle production, disrupting supply on certain models and restricting the automotive recovery. With the end of domestic restrictions later this month looking more likely, business and consumer optimism should improve further, fuelling increased spending, especially as the industry looks towards September and advanced orders for the next plate change.”

A June sales boom for the £42,000 Tesla Model 3 produced sales of 5,468 in the month, more than 7 per cent of the 73,000 all-electric cars registered. Sales of the Model 3 were 17 per cent higher than the next best selling vehicle, the Volkswagen Golf.

The reported level of sales of all cars split the trade into those who thought that the rebound in June would be stronger than it was and those who are happy that activity is recovering to normalised levels.

“With showrooms having reopened on April 12 and both business and consumer confidence on the rise, it will be disappointing to some that new car sales lag behind their pre-pandemic levels,” Michael Woodward, head of automotive at the consultancy Deloitte, said.

Sue Robinson, director of the National Franchised Dealers’ Association, said: “Dealers are optimistic for trading over the summer albeit there will [probably] be a tightness in supply of new cars ahead as the shortage of semiconductors is hitting car production. We expect the industry to continue to perform well, with consumer confidence remaining high.”