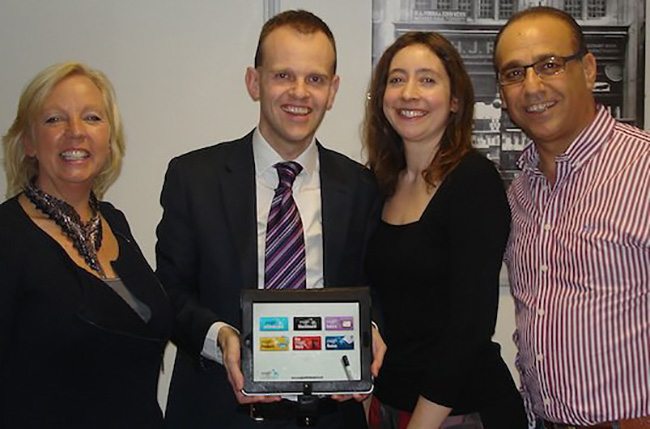 Neil and Laura Westwood, Magic Whiteboard’s owners, successfully secured £100,000 investment from Theo Paphitis and Deborah Meaden in 2008. In return, the Dragons took a 40 per cent share of the business.

The investment however has gone on to be one of Theo’s and Deborah’s most successful to date. For an initial £50,000 investment, each has received £400,000 in 6 years.

Having increased sales from £45,000 to £1.2 million a year, and consistently delivering healthy profits, Neil and Laura decided to ask their famous investors if they would sell back their shares.

The Westwood’s wanted to give their children Ella and Morley the shares to secure their future. After negotiations, Theo and Deborah decided to sell the shares.

The Westwood’s also praise Theo and Deborah as being great mentors and offered common sense advice to make the company profitable and successful. Magic Whiteboard now exports to 20 countries around the World.

Having worked solidly for 6 years, Neil and Laura used all the profits they had made to buy back the 40 per cent owned by Theo Paphitis and Deborah Meaden.

Speaking about the deal Meaden said ” Neil and Laura deserved every inch of their success with Magic Whiteboard they have worked hard and smart, they are dream investees”.

The deal was done in 2 weeks and the money exchanged hands. Neil Westwood takes up the story:

“I will always remember sending over £300,000 (having checked sort code 10 times to make sure it was correct) to both Theo and Deborah from the Lloyds Bank desk in Worcester, just like I was paying a gas bill.

Share certificates were posted back to us and that was that. I was surprised how easy it was. Ryman continue to stock our full range of Magic Whiteboard products. We now get to keep 100 per cent of the profits which is a great incentive to work hard.

Dragons’ Den was a very positive experience – Theo and Deborah provided a stepping-stone to help me quit my job in the NHS. This created new opportunities for me and my family that did not exist before hand”

Having taken the big decision to buy back the shares, Neil then had to focus on increasing sales and cash flow. It was an unsettling 3 months, but it has proved worth it.

Six months later, sales have increased thanks to new products such as the reusable Magic Notebook and the Magic Blackout Blind. Cash flow has increased and is back to normal, and confidence is high.

Magic Whiteboard is targeting new markets in France, Spain and German. Magic Whiteboard has also recently been taken up by 142 Tesco’s and continues to sell strongly online with Amazon.