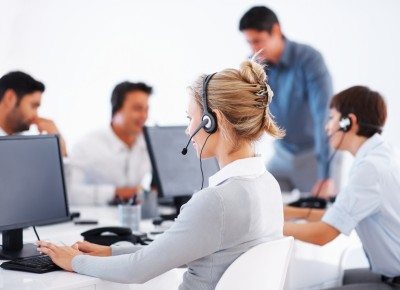 DM Design, based in Cumbernauld, drew almost 2,000 complaints to the Information Commissioner’s Office (ICO) and the Telephone Preference Service.

The fitted kitchen company consistently failed to check if individuals had opted out of receiving marketing calls, reports The BBC.

The fine was the first issued in the UK but the ICO said other firms faced complaints and more fines would follow.

DM Design was found to have responded to just a handful of the complaints it received.

In one instance, an employee refused to remove a complainant’s details from the company’s system and threatened to “continue to call at more inconvenient times like Sunday lunchtime”.

The ICO said it had informed two more companies that it was intending to impose significant penalties over breaches of the law, with a final decision likely in the coming weeks.

A further 10 companies are subject to ongoing investigation for cold-calling and sending spam text messages.

Information commissioner Christopher Graham said: “Today’s action sends out a clear message to the marketing industry that this menace will not be tolerated.

“This company showed a clear disregard for the law and a lamentable attitude toward the people whose day they were disturbing. This is not good enough.

“This fine will not be an isolated penalty. We know other companies are showing a similar disregard for the law and we’ve every intention of taking further enforcement action against companies that continue to bombard people with unlawful marketing texts and calls.

“All of this work has been made possible thanks to the information we are receiving from the public, which has assisted our investigation team in identifying the companies making these calls.”

Which? executive director Richard Lloyd said: “We’re pleased to see the Information Commissioner taking more action, but this small fine is far from the sort of deterrent needed to call time on the use of nuisance calls and texts.

“With seven in 10 people receiving an unsolicited call in the last three months, it’s clear that the current approach to enforcement isn’t working and much tougher action is needed. That’s why our new campaign calls on all of the relevant regulators to set up a joint taskforce to properly police and punish those responsible for nuisance calls and texts.”