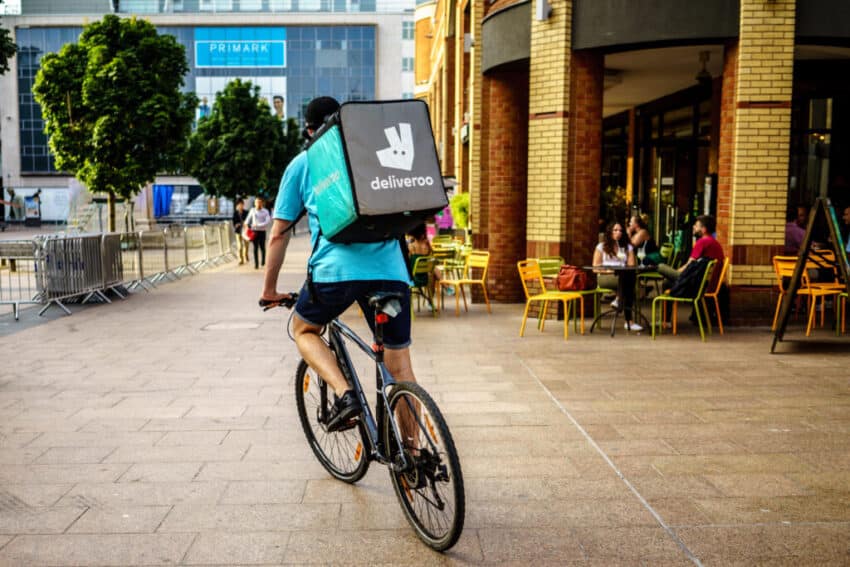 About 400 Deliveroo riders are expected to strike over pay and conditions as the company faces increasing pressure over its employment practices.

The Independent Workers of Great Britain (IWGB) union said it planned to stage socially distanced protests in five towns and cities across England on Wednesday.

“I’m going on strike for my basic rights and those of all the other riders struggling to get by and support families on Deliveroo poverty pay,” said Greg Howard, a Deliveroo rider and the chair of the IWGB’s couriers and logistics branch.

He said: “I’ve seen conditions decline for years and then working through lockdown I contracted Covid-19 and got very little support from Deliveroo. After the pandemic, more people than ever understand this exploitation is no way to treat anyone, let alone key workers. The turning of the tide is clear. It’s time for rights for riders.”

The news comes at a difficult time for Deliveroo. In March, a survey of more than 300 couriers showed they could earn as little as £2 an hour. After the news broke, several institutional investors declined to get involved in Deliveroo’s initial public offering, with some citing the firm’s record on workers’ rights as a significant concern.

Shares in the firm dropped by more than a quarter on its conditional stock market debut on 31 March – a performance derided by some as “flopperoo”. The IWGB strike is planned to coincide with the flotation becoming unconditional – meaning trades can no longer be unwound, nor the flotation itself cancelled.

The actions are due to take place in London, Sheffield, York, Wolverhampton and Reading and the union said it expected about 400 people who drive for Deliveroo to take strike action.

They are demanding improvements to their pay, rights and safety practices. Among the demands is a guaranteed living wage after costs, holiday and sick pay, and an end to unpaid waiting times for drivers.

They also wanted an overhauled terminations process, an agreement to engage with collective bargaining and greater transparency over how fees are calculated. In addition, the riders are asking for help combatting sexual harassment and discrimination and to allow riders to refuse unsafe work without penalty.

A Deliveroo spokesperson said: “Riders are at the heart of our business and we always aim to give them the work they want and the support that they need.

“Today we are beginning a new consultation with riders about how we should invest our new £50m community fund. Riders can always speak to one of our rider engagement teams if they have any concerns.”