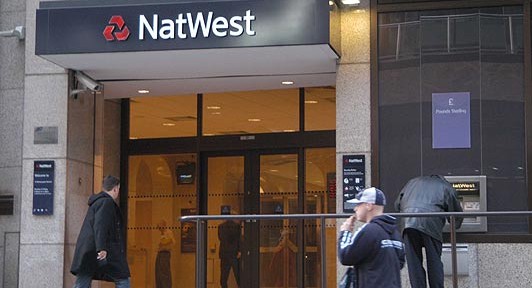 Customers of RBS, NatWest and Ulster Bank are currently unable to access their accounts through the banking group’s online and app platforms.

Since around 05:00 on Friday, account holders have been reporting problems with the services.

An RBS spokesman said “We are aware that customers are experiencing issues and are working to fix it”.

He added that: “Customers can still use telephone and ATMs.”

Customers have been sharing their frustration on social media, with a number pointing out that the problems have arrived at a terrible time – payday.

Just what you need on a Friday! #natwest @NatWest_Help pic.twitter.com/rjm3AyQJQD

The banks had a similar problem in April last year, when their banking apps stopped working.

RBS Group, which owns NatWest, reported last year that it had more than four million customers who use its mobile app services.

This year has proven to be a terrible one for banking customers with a number being locked out of accounts after their bank has been hit by technical issues.

Barclays customers were locked out of their accounts online for several hours on Thursday.

Earlier this year TSB’s huge IT meltdown led to weeks of pain for customers and the eventual resignation of chief executive Paul Pester.