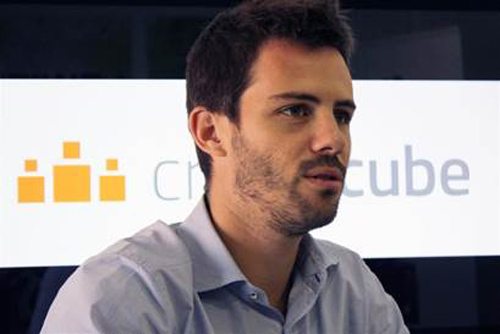 Since it launched, over €1 million has been raised by its investor base who can invest anything from €10. The largest investment to date has been €112,000 and the average investment €3,290. The finance raised has funded six businesses operating in a range of sectors including food and beverage, finance and business services.

One of the businesses to raise finance on the platform was HEMAV, a Barcelona-based drone company, which broke the record for the largest equity crowdfunding round in Spain. The company raised €450,000 in just six days after attracting investment from more than 70 people.

The most recent business to successfully raise investment on the site was Zank, a peer-to-peer lending platform, which raised €245,000 from over 70 investors. As part of the round, the company also received funds from ESADE Ban, the business angel network of the business school ESADE. Zank was the first lending platform in Spain to secure funding through crowdfunding.

Managing director of Crowdcube Spain, Pepe Borrell, comments: “There is a real gap in funding for start-ups and early stage businesses in Spain so I’m pleased that we’ve already been able to fund six businesses and that Spanish investors are embracing crowdfunding. The alternative finance sector has grown at a rapid pace in the UK and we’re now seeing the same trends emerge in Spain. There’s a huge potential market for crowdfunding in Spain so we’re excited about the future of Crowdcube Spain.”

Darren Westlake, CEO and co-founder of Crowdcube adds: “Having a strong presence at a local level is key to the success of our overseas operation, and to ensuring Crowdcube’s remains the world’s leading investment crowdfunding platform; so it’s great to see Spain achieve these milestones at such an early stage.”

There are currently eight businesses on Crowdcube Spain pitching for a total investment of €995,000.

Crowdcube Spain is one of seven partnerships in Crowdcube’s overseas operation, the company now has platforms in Brazil, Sweden, Dubai, Poland, Italy, Spain and New Zealand.