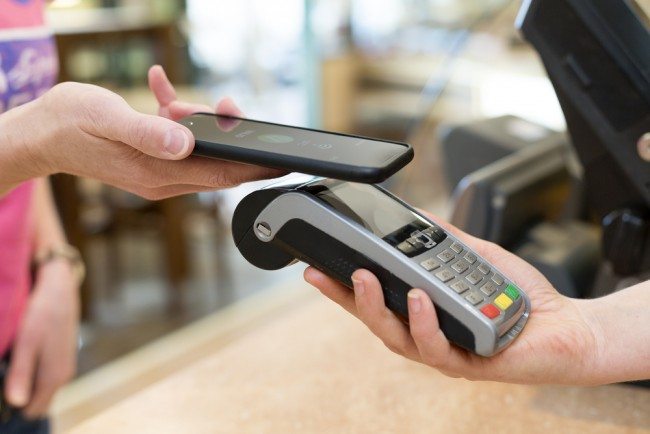 Spending via contactless within the older age group has more than doubled in the last year, it said.

The largest growth in the use of the cards has occurred in Manchester, Glasgow, Cardiff and Edinburgh.

The Barclaycard data suggests the number of silver surfers using “touch and go” payments increased by 116% over the last 12 months.

Previously over-60s had not been that enthusiastic about using them, but the figures show they are now catching up with other age groups.

The card company said that ease of use was a big driver amongst the older population.

“Especially for older pensioners, who don’t need to tap their numbers in,” said a spokesperson.

Elsewhere, there is increasing demand for contactless payments from retailers themselves, Barclaycard said.

Discount stores were the sector with the biggest increase, up more than 400%. Gift card shops, petrol stations and pubs also saw significant rises.

Some charities are also experimenting with using portable terminals to collect donations on the street, according to the UK Cards Association.

While Londoners are still the biggest users of contactless cards – thanks largely to the transport network – many residents of provincial cities visiting the capital have seen how easy they are to use, Barclaycard said.

One in seven of all card transactions are now contactless, according to figures from the UK Cards Association.

Spending has also risen as a result of the limit being raised from £20 to £30 in September last year.

However some big retailers, such as John Lewis, still do not accept contactless payments.

The John Lewis Partnership card – which can be used anywhere – does not allow customers to make contactless payments.