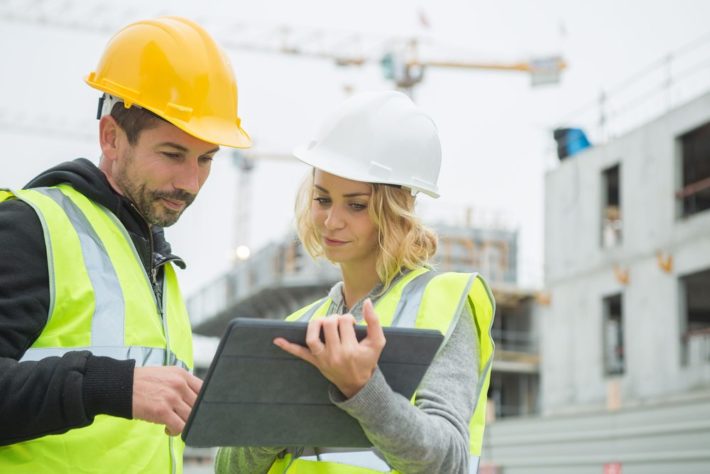 Nearly half of construction workers think gender pay gap will be less than 15 per cent by April 2018, finds the Royal Institution of Chartered Surveyors (RICS)

A survey commissioned by the Royal Institution of Chartered Surveyors (RICS) found that despite an optimistic outlook about the gender pay gap figures across the construction sector, with nearly half of construction workers predicting the gap will be less than 15 per cent by April 2018, businesses need to do more to tackle gender inequality and sexism in the industry.

With the national average pay gap recorded at 18.1 per cent in 2016, today’s findings from the Royal Institution of Chartered Surveyors (RICS) suggest the construction sector could lead the way in closing the gap, if the employees’ predictions are correct. Indeed, more than one in ten respondents think that there will be no gender pay gap at all by April 2018, which marks the end of the U.K. Government’s mandatory gender pay reporting period. However, this positive sentiment is markedly absent in the nation’s capital, with Londoners in the construction sector predicting an average pay gap of 21 per cent.

Despite a positive outlook towards the pay gap, today’s findings reveal the construction sector have significant steps to take if it is to achieve parity. Nearly a third of women surveyed think sexism holds them back from pursuing senior roles in construction, whilst nearly 40 per cent of men believe their skills are better suited to the sector than women.

Sean Tompkins, Chief Executive Officer (CEO) of the Royal Institution of Chartered Surveyors (RICS) said: “Although it’s great to see the sector expects the gender pay gap to be lower than the national average, today’s findings highlight that achieving gender equality in the construction sector requires significant commitment from organisations.

“Encouragingly, there is a collective agreement from over a third (38%) of both men and women across the industry that companies are not doing enough to attract females into the sector. The findings reveal that it is primarily the responsibility of individual organisations, to invest in schemes and nurture more inclusive cultures that support women to hold more senior roles in the construction industry.

“People often come at tackling diversity from the perspective of it is an issue to be addressed. RICS believes it should be approached from the other way round; diversity and an inclusive culture where you feel entirely comfortable being yourself in the workplace has to be embedded as part of your business strategy and DNA because you simply cannot afford to not have a diverse workforce today and for the future. Increasingly, clients will expect it and to win the war for talent you will need a diversity of visible role models”.

“In addition to tackling gender stereotyping and investing in training to upskill female colleagues, our findings confirm that flexible working is key, with over a third of women (35%) identifying more flexible hours as a means to encourage them to stay in the sector.

“RICS’s Inclusion and Diversity conference last month focused on the importance of building a diverse workforce and some of the steps that businesses can take. We set up the RICS Inclusive Employer Quality Mark (IEQM) to set an example to organisations within our industry and have already seen 150 organisations sign up and learn from each othersince we launched in June 2015.”

Nearly half of those surveyed believe companies need to invest more in training their existing female employees. Equally, those in the sector want to see businesses investing in the future pipeline of talent to build a diverse workforce, with 40% recognising that companies need to invest more in encouraging young girls to pursue a career in construction, so that more women enter the profession.