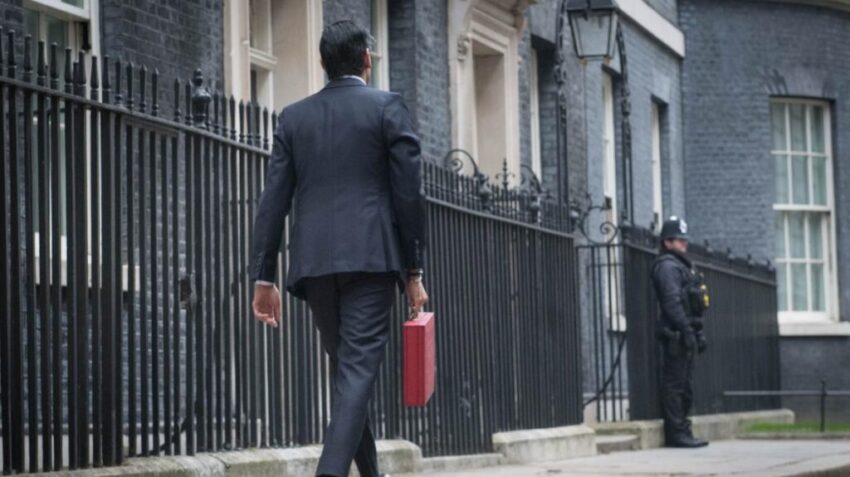 Documents from the Treasury and the Office for Budget Responsibility reveal that officials are concerned the higher rate will encourage tax avoidance as companies shift profits to low-tax jurisdictions. However, experts claimed that a bigger risk was companies moving their headquarters overseas or chosing not to come to the UK.

The Centre for Policy Studies, a centre-right think tank, said that the plan would “give the UK one of the least competitive tax systems” of the 37 leading economies that are members of the Organisation for Economic Cooperation and Development and would have a “chilling effect on investment and growth”.

In his budget, the chancellor said that corporation tax for big businesses would rise from 19 per cent to 25 per cent in 2023, generating £45 billion in the three years to 2026 to help to fix the public finances.

Smaller companies, which account for 70 per cent of UK business, will be taxed at the present rate.

For banks, which pay an additional 8 per cent surcharge, the rate will rise to 33 per cent, although Sunak announced a review “to make sure the rate of tax on the banking sector doesn’t increase significantly and this industry remains internationally competitive”.

Tax experts said that Sunak’s plan was misguided and that the expected tax take was unlikely to be achieved. Chas Roy-Chowdhury, former head of tax at the Association of Chartered Certified Accountants, said that the rise was “a seriously bad idea”.

Chris Sanger, head of tax at EY, said: “The UK has a lot of protection against artificial profit-shifting, but this tax rise may just encourage businesses to place their next investment outside the UK. That is the risk the chancellor is taking.”

The OBR warned of “uncertainty” around “the behavioural response”. It expects “a small reduction in the [tax] yield for profit-shifting as large corporations move some income to lower-taxed jurisdictions. We also allow for some increase in tax avoidance.” The Treasury’s costings document also warned of profit-shifting.

Experts said that the revenue forecast was overly ambitious. Treasury documents showed it was based on a “static costing” that assumed no change in the expected business population. “That does not fully take into account behavioural change,” Sanger said.

Helen Miller, deputy director at the Institute for Fiscal Studies, said: “There is a lot of uncertainty. I suspect they will get less than that £17 billion [forecast in 2025-26].”

Roy-Chowdhury said: “Banks have begun moving operations because of Brexit. This will give them another nudge. Dublin has half the rate.”

Richard Alvin, Group Managing Director of Capital Business Media recently announced the company was moving its tax affairs to Jersey where the company would see its corporation tax rate drop to zero. Alvin said : The movie to Jersey, prompted by the numerous leaks highlighting the incoming rise in corporation tax will enable the company to reinvest the £200,00 annual sum we pay each year in corporation tax back into the business enabling it to begin an acquisition and growth plan which had already seen the creation of a new events and awards division and four new staff hired.”