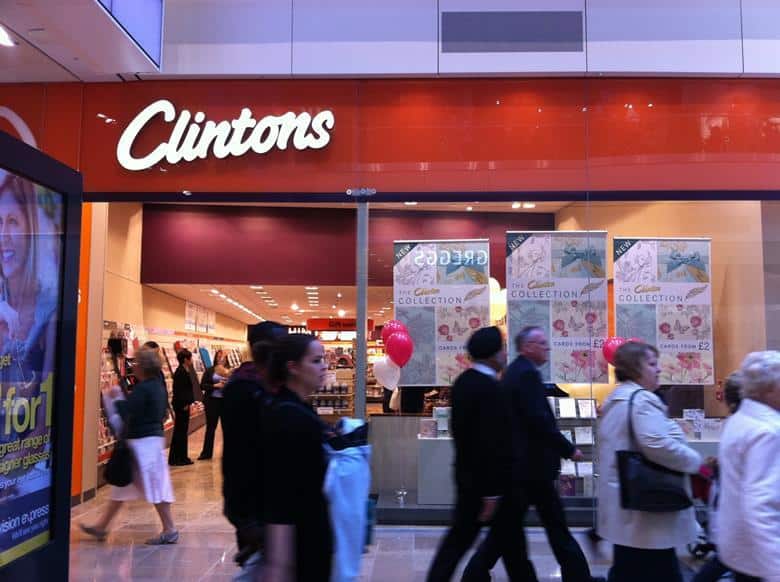 The high street faces another hammer blow after card retailer Clintons warned landlords that it urgently needs to shut 66 shops and cut the rent on hundreds more to stave off collapse.

Clintons has proposed switching 206 shops on to rent deals that link payments to each store’s performance. It would pay full rent only on another 60 shops.

Time is running out for the company, which employs about 2,500 people and has a £34m debt facility that needs renewing by the end of the year.

The plan lays the groundwork for a company voluntary arrangement (CVA) — a controversial insolvency procedure that allows retailers to cut rents and close stores without significantly compromising other creditors.

Clintons’ backers, the Weiss family, are understood to be ready to put the business into administration if landlords indicate that they will oppose the CVA.

The news comes as retailers prepare for what is a make-or-break Christmas period for many. Mothercare jettisoned its loss-making UK retail business last week, which will result in 79 store closures and endanger 2,500 jobs, but allow the company to retain ownership of its brand.

Restructuring experts expect more retail insolvencies in the coming months, heaping more pain on landlords such as Intu Properties. The owner of Manchester’s Trafford Centre admitted last week that it may need an emergency cash call.

Clintons has given landlords a week to air any objections to its restructuring before the CVA on November 20. Landlords have grown increasingly angry at the liberal use of CVAs. Their prevalence has undermined investor confidence in the retail property sector.

Clintons’ management, led by chief executive Eddie Shepherd, held “town hall” meetings with landlords last week in an effort to smooth the passage of the restructuring.

“They will need everything to align for them if they are going to have any chance of surviving,” one landlord said. “Frankly, this looks like a sticking plaster and they could end up in administration before they know it.”

Another complained of weak investment. Clintons said it had invested £25m in the business over the past six years, over which time it has been loss making. Its most recent accounts show a pre-tax loss of £14.3m on sales of £188.8m in the year to January 2018

Clinton Cards, now rebranded Clintons, was founded in 1968 by Don Lewin. After over expanding it went bust in 2012, before being bought out of administration by American Greetings, its biggest supplier, which was then fully owned by the Weiss family.

Clintons has shifted towards manufacturing its own cards to boost profit margins, but has struggled to compete with supermarkets and online sellers.

The board will review landlord feedback and decide whether to launch a CVA on November 18.

Monsoon Accessorize, another retailer that went through a CVA this year, wrote to suppliers last month, reassuring them that it was on the road to recovery.

Seventy Three Retail, which operates dozens of branded stores for Timberland, the North Face and Havaianas, had a CVA approved last week. One landlord said it was likely to be challenged because the CVA fell well short of best-practice.