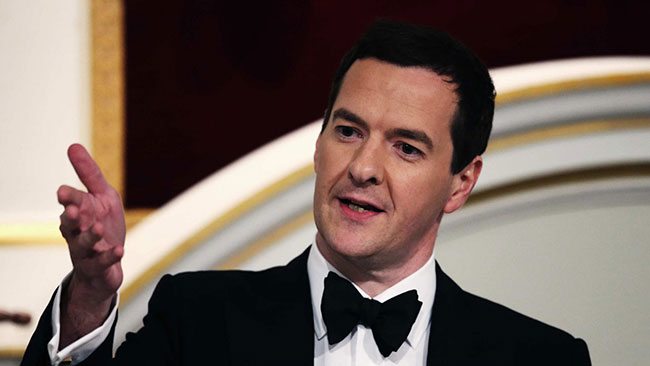 He said a “decision point” had been reached, and that it was in the interest of taxpayers to begin the sale in the coming months, based advice from Bank of England Governor Mark Carney and an independent review by Rothschild.

“I am responsible for getting the best deal now for the taxpayer and doing whatever I can to support the British economy,” he told an audience in the City of London.

There is no doubt that starting to sell the government’s stake in RBS is the right thing to do on both counts. That is not just my judgement – it is the judgement of the Governor of the Bank of England, whose views I sought and whose letter to me on the issue we publish today.
Royal Mail employees get bigger stake

The chancellor also used his speech to say that beyond the sale of part of the government’s remaining stake in Royal Mail, announced by the business secretary earlier in the day, a further one per cent of the entire company will be sold by the government to Royal Mail’s employees.

“I can announce that the first sale of our remaining stake in the Royal Mail has begun tonight,” Osborne said.

“We want to help the Royal Mail attract more investment and serve its customers, and use the money we raise in return to pay down the national debt.”

Speaking about the announcement, John Cridland, CBI Director-General said: “RBS and Lloyds Banking Group are important players in the UK financial services sector for both businesses and individuals, and their long-term futures are best served in private ownership. It is a sign of strength for both banks that they are now ready to return to private ownership, and the approach to this should deliver a good result for the taxpayer.”