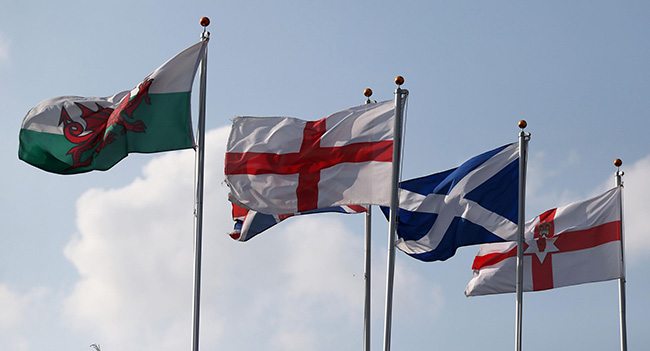 In a speech at an IPPR North event John Cridland, CBI Director-General will say that businesses believe devolution to be a real opportunity, but are concerned that the speed of reform and ‘rushed backroom deals’ could undermine the economic gains.

He will add that local bodies ought to recognise the clear quid pro quo – enhanced powers must be met by commitments to structural reform, taking tough choices on budgets and priorities in a challenging fiscal climate.

Mr Cridland will also warn of the pitfalls when playing politics with the UK’s internal market through further fiscal devolution. Harming foreign direct investment and creating unhealthy competition between regions will help no-one.

And he will spell out the business view that “devolution shouldn’t be about being different for its own sake.”

To guard against damaging ‘devo cracks’, the CBI chief will outline core criteria for ensuring more power to the regions goes hand in hand with creating economic growth.

Mr Cridland will say that businesses want to see evidence that extra powers will boost growth and jobs while minimising complexity and bureaucracy.

On businesses’ views about further devolution, Mr Cridland will highlight the pace of reform and the importance of new powers being crafted with growth as the centrepiece.

“Business can – and should – play a constructive role in this debate.

“First, they raised concerns about the speed of further devolution.

“Now, here, it’s important that where promises of further devolution have already been made – be that the Smith Commission in Scotland or the devolution of Corporation Tax in Northern Ireland – that these powers are delivered in order to give businesses in the devolved nations the certainty they need.

But, going forward, the precedent set for “devolution by deadline” is a cause for concern.

“Any devolution of powers must be done in a careful, considered and transparent manner. And not through rushed backroom deals between politicians and civil servants.

“Let’s take time to breathe and – above all – let’s make sure we get this right. The alternative would be uncertainty, complexity and increased costs at the moment we can least afford them.

“Second, our members stressed that further devolution must be built on strong economic foundations.

“Devolution shouldn’t be about being ‘different for its own sake – it should be means to an end – economic growth across the UK.

“Business wants to see evidence that further powers will complement – not constrict – growth, jobs and investment.

The CBI chief will also unveil three tests for “growth-friendly” devolution. On the first test, a clear assessment of the impact a new power will have, he will ask:

“What is the evidence that devolving this power will boost growth?

“Does it respect the four pillars of our internal market?”

Secondly, he will highlight the importance of clear leadership:

“This could be local leaders working with their neighbours though structures like combined authorities.

“Or members of devolved legislatures promoting pro-growth policies. Not always an easy task – as we’ve seen through the continued challenge of achieving consensus and collaboration around the Northern Ireland Executive table.

“Manchester itself is an obvious example where devolved powers meet these criteria.

Thirdly – a clear commitment to minimise bureaucracy and complexity:

“In England, the myriad growth deals, city deals and community budgets have become a ‘tower of Babel’ for business. Making devolution clear and intelligible must be a priority for the next Government.

“And for local bodies that want to set out the economic case for enhanced powers, there’s a clear ‘quid pro quo’ here: they must commit to structural reform, taking tough choices on budgets and priorities in a challenging fiscal climate.”

He will conclude by saying:

“A voice of caution asking politicians to ‘think-twice’ before pressing ahead with decisions with real economic consequences.

“A voice asking them to listen to their head – not just their heart – when it comes to devolving powers.

“A voice reminding us to think global – making sure that businesses from all UK regions and nations can make their mark in foreign markets.

“Business needs greater clarity – both around existing devolution settlements and the potential new powers on offer.

“But there’s no doubt that devolution – done properly – can be an opportunity.

“Let’s make sure that any devolved powers respect the integrity of our single, internal market, based on a single, United Kingdom.

“Let’s make sure that they are rooted in economic evidence, not driven by political expediency.

“And let’s make sure that they complement our efforts to create growth and jobs across the UK.

“If we do this right – we can make sure that people in all regions and nations see their fair share of the UK’s prosperity.”