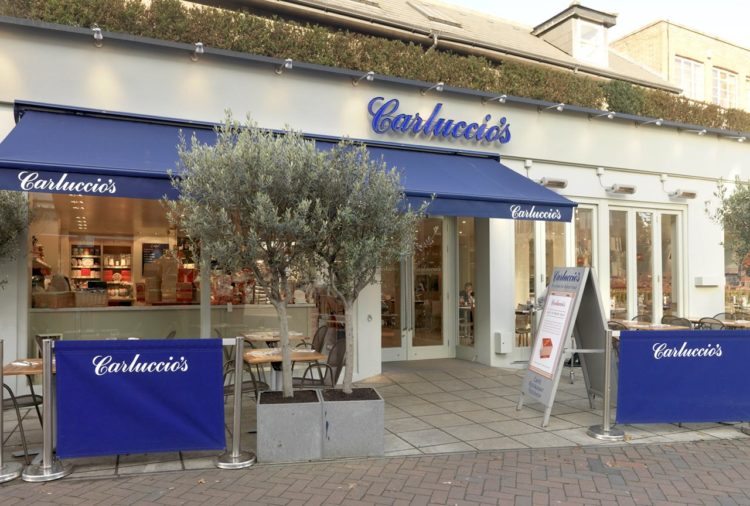 One in three Carluccio’s restaurants face closure as it becomes the latest food chain to fall into financial distress.

Around 500 jobs are at threat at the Italian restaurant group set up by the TV chef Antonio Carluccio in the 1990s.

Carluccio’s may be forced to close 34 of its 103 sites that are lossmaking unless it can secure a deal with landlords to get rent reductions.

It follows a raft of rescue deals to save chains.

The restaurant started life as an Italian food shop which Carluccio, who died last year, opened with his wife. In 1999 the first Carluccio’s café was opened in London before expanding across the UK.

But fierce competition and a ‘perfect storm’ of rising staffing costs, business rates and rents have seen Carluccio’s fall into trouble.

Earlier this year it was forced to call in accountants KPMG to advise on restructuring the business.
It is not known which restaurants face closure but sites in Newcastle, Gloucester, Norwich and London are understood to be at risk. Carluccio’s said it will do everything possible to avoid job losses and redeploy people where it can.

The restructuring comes after Carluccio’s appointed chief executive Mark Jones and chief financial officer Andrew Campbell joined the business in January. Following a review of the business, the pair determined that ‘urgent action’ was needed to keep it afloat.

‘However, the business is not immune from well-documented pressures sweeping through the casual dining sector and indeed much of the wider UK high street, including retail,’ he added.

‘Regrettably, this is the only course of action available and if approved, will safeguard the future of the group, protecting this strong core business. It is therefore in the best interests of the company, its people, its creditors and its customers.’

As we have previously reported Carluccio’s are not alone in finding trading conditions tough as Prezzo is in the process of closing a third of its 300 restaurants and 12 of 37 Jamie’s Italian restaurants have shut. Byron is expected to axe 20 of its stores and pasta restaurant Strada has already called time on 11 of its outlets.

This week even Gordon Ramsay said he was closing his flagship Maze restaurant in Mayfair as accounts for his holding company Kavalake revealed a £3.8m loss last year.