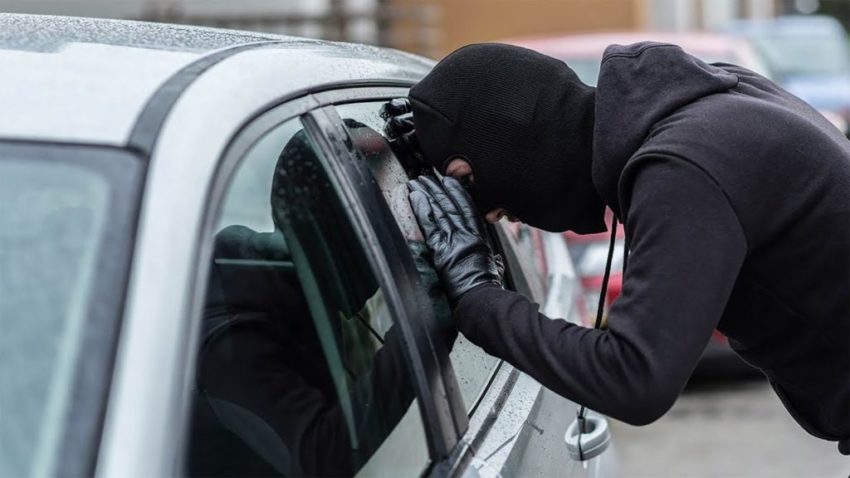 More than half of vehicle thefts in the UK are unsolved, new figures have revealed.

In the past three years, figures from Police Scotland showed a detection rate of just 24% for all vehicle crime.

The data also revealed large variations in the number of car crimes solved depending on where they happened.

According to insurers a new claim is made every six minutes across the UK, with payouts at their highest level for seven years.

Insurers and security experts have expressed concerns about technological vulnerabilities in modern vehicles such as the keyless car entry systems.

Police Scotland said it was working closely with the industry to stay on top of technological advances and said cars were mainly stolen for onward sale, short-term use in other crimes or for breaking down and selling on parts.

Figures from Police Scotland, released to the BBC under freedom of information laws, showed a variance of detected stolen vehicle crimes by local authority councillor wards.

The Edinburgh suburb of Morningside recorded 32 stolen vehicles in 2017-18 and a detection rate of just 15.6%, but the neighbouring Southside ward had 52 reports of stolen cars and a clear-up rate of 43.5% over the same period.

In Glasgow last year, the Garscadden/Scotstounhill ward recorded 28 stolen vehicles with a detection rate of 32%, while in Cardonald there were 20 stolen cars reported in a period which had a 75% clear-up rate.

Elsewhere, Dunfermline South in Fife had a 100% detection rate in 2017-18, but the neighbouring Dunfermline North council ward saw 66.7% of car thefts solved.

The Torry area of Aberdeen had a 37.5% detection rate last year, while the Millburn ward of Inverness was at 75%.

Richard Billyeald, chief technical officer at Thatcham Research, a safety and security group funded by the car insurance industry, said: “We have moved on quite some way from the epidemic levels of car crime of the 1990s and that is largely because of the technological changes.

“However, this has opened up new avenues for this sort of crime.

“For criminal gangs it is an attractive proposition; stealing a £60,000 car from a driveway in the middle of the night is a lower risk as there is little confrontation and if they are organised, and they mostly are, then it can be stripped down for parts or moved on in a relatively short space of time.”

Mr Billyeald said police had a difficult job trying to detect a crime where security was being undermined by technological vulnerabilities.

He added: “The layers of security added over the years in the industry count for nothing when they can be circumvented instantly by criminals using digital devices.

“We have had repeated concerns over keyless entry or start vulnerability, with too many examples of cars being stolen in seconds from driveways.”

Mr Billyeald said the bypassing of entry systems on keyless cars – known as “relay attack” – was the most common issue.

However, on-board diagnostic computers in cars, as well as signal blocking from a standard fob to prevent a car from locking, was also a problem.

Six new car models were given a “poor” ranking in a theft-risk report on keyless entry vehicles by Thatcham Research in March.

However, the results were criticised by the car industry which questioned the methodology of the Thatcham study.