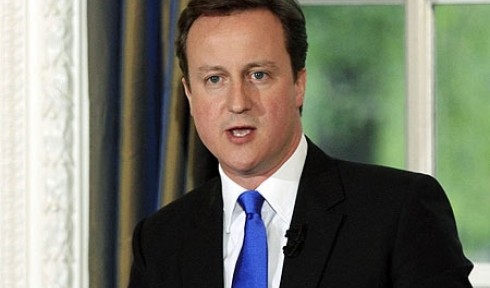 The number is double that first targeted when the scheme, called the New Enterprise Allowance, was first launched in October.
It will be trialed in Merseyside this month and rolled out nationally by the autumn.
Those budding entrepreneurs seeing self-employment as a viable option will receive allowances of upto £1,275 over six months. They will be also be paired with “volunteer” mentors drawn from their local business community and who will vet business plans and if they prove strong enough, Jobcentre Plus will provide a loan of up to £1,000 to cover start-up costs.
The announcement was greeted keenly by Tony Heywood, the CEO of business support website yoodo.biz, who said: “Finally, a government policy which encourages everyone to give business a go! This announcement allowing the jobless to keep their benefits when first starting a business opens up the entrepreneurial gates to a much wider audience. The Cameron administration was quick to promote the goal that “work should always pay more than doing nothing”, and it’s encouraging to see this being extended to enterprise, too. Starting a business is a genuine way to beat unemployment; plus successful businesses generate further employment opportunities and so benefit the wider economy.”’
The measures announced form part of a significant overhaul of the way government supports new businesses. The Business Department said its regional network of ‘Business Link’ advice centres will close by November 25 and be replaced by a combination of website and contact centre support for general business enquiries from the 24pc of small businesses that are not online.
Businesses will have access to up to 40,000 “volunteer” mentors from June, replacing the 1,600 “paid” Business Link advisers.
Several thousand companies with potential to increase turnover or their staff by more than 20pc will receive coaching support. The Government is negotiating with business and finance specialists to provide the service.
However Daniel Shear, corporate finance partner, Berg Kaprow Lewis was critical of the announcement saying: “Whilst any government initiative to encourage entrepreneurism and help launch new businesses must surely be welcomed, I am concerned that the New Enterprise Allowance may be more a headline-grabbing proposal that may not actually make an awful lot of difference.”
Shear went on to say that : “I don’t fully understand the logic of restricting the allowance to the unemployed – certainly the unemployed need all the help they can get to return to work, but there are plenty of other viable business ideas out there from employed people that don’t manage to get off the ground due to a lack of funds and other resources.  Further, the scheme is relatively small, seeking to support 40,000 enterprises over two years.
“The scheme provides allowances of £1,275 over six months and a £1,000 loan to cover start-up costs.  Whilst welcome, the quantum of the allowance/loan is small compared to the cost of launching most new enterprises, meaning the proposals may make little discernable difference to potential entrepreneurs.” Shear concluded.