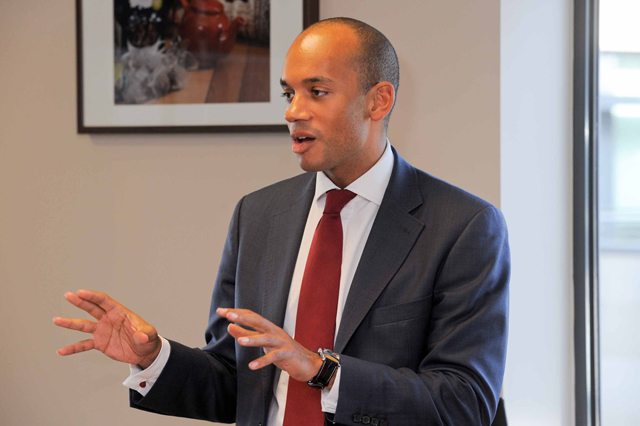 President Barack Obama visited an independent book shop on this year’s “Small Business Saturday”, which has taken place on the first weekend after Thanksgiving in the US since 2010.

Now Mr Umunna has written to credit card giant American Express – which devised and sponsors the initiative – to ask if it could bring it to UK high streets as well.

He has suggested December 7 – the start of the Christmas shopping rush – as part of efforts to revive flagging confidence among small shop owners, with more and more contemplating selling up.

US figures suggest US consumers aware of the promotion, which is heavily plugged in social media and enjoys celebrity support, spent £3.4 billion in small shops on the day this year.

But critics complain that it is simply a marketing device for the sponsor.

“We must do more to celebrate the contribution local, small independent businesses make to our economy and encourage people to buy from them,” the shadow business secretary said.

“Small businesses are the lifeblood of our economy, play a hugely important role in our communities and add to the unique character of each locality.

“Establishing a Small Business Saturday in the UK, a concept which has enjoyed considerable success in the US, would provide a small but simple and effective way to celebrate local small businesses and encourage more people to buy from them on one of the busiest shopping days of the year.

The Department for Communities and Local Government said it was an idea which would be considered by the Government.

Local Growth Minister Mark Prisk said: “We’re determined to offer practical support to our high streets, which is why we’ve doubled the amount of small business rate relief to new and smaller shops.

“This is one part of a multimillion-pound package of support to Town Teams and Portas Pilots up and down the country, including mentoring from retail experts and workshops to address the challenges they face.

“And for budding entrepreneurs, we’re providing over £80 million of start-up loans for young people starting their own businesses, and my Department is the first in Whitehall to open a pop-up shop in our offices, giving new retailers the opportunity to test their ideas and get their ventures off the ground.”