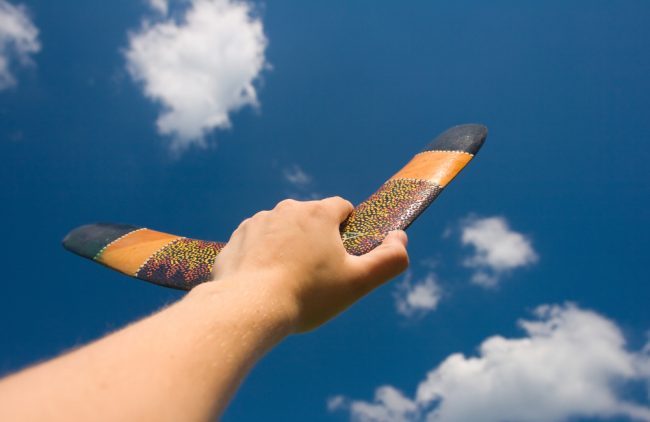 Companies are becoming increasingly receptive to the idea of rehiring former workers, with 83 per cent of HR executives reporting they are more accepting of boomerang employees than they were three years ago. Only 7 per cent of UK HR directors are opposed to rehiring former employees.

Thirty-six per cent of HR directors have successfully rehired an employee who previously left a role in their organisation.  While just 25 per cent of HR executives said they have previously employed a boomerang employee but wouldn’t do it again.

Almost half of HR executives working for large companies in the UK have successfully rehired former employees.  It appears HR directors in larger companies are more open than their smaller counterparts to the idea of rehiring former workers, with a mere 4 per cent saying they wouldn’t consider hiring a boomerang employee compared to 12 per cent of those in small enterprises.

The research also highlights the factors that are most influential in seeing an employee rehired.  A successful track record was understandably the most important factor in these decisions, followed by their fit into the corporate culture. Ongoing skills shortages are encouraging HR directors to look at engaging with former hires, particularly if they have expanded their experience at a new employer and can return to a company at a higher level. More than a third of HRDs highlighted the benefits of reduced on-boarding costs as a factor influencing their decision to employ a boomeranger.

Phil Sheridan, Senior Managing Director of Robert Half UK, commented:  “Rehiring former employees back into the organisation can help to offset the current challenges companies face in the war for talent. This growing acceptance of boomerang employees emphasises the increasing fluidity of the job market. Many firms see value and potential cost savings in allowing employees to expand their experience and skills set outside their organisation, leaving the door open for them to return at a later date.

“In smaller enterprises especially, there sometimes isn’t the opportunity or scope for employees to expand their skills set. In these instances employers may benefit from allowing employees to leave and gain the experience they need for their career, with the added value of additional training, while keeping the door open for ‘alumni’ employees should a suitable role become available.”