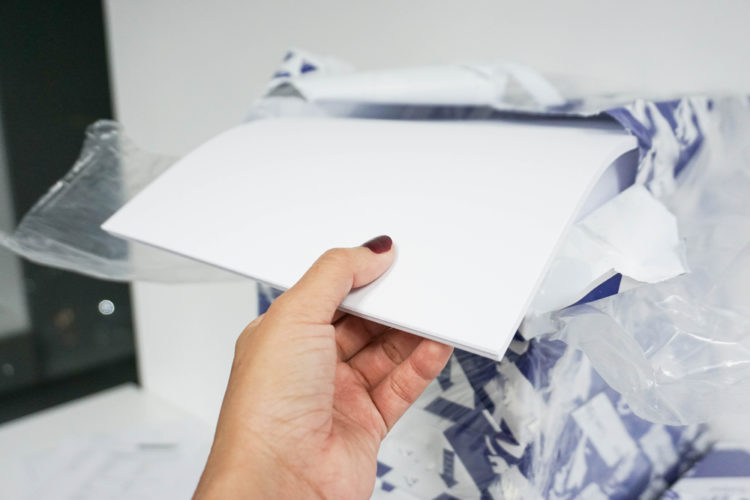 Two-thirds of businesses are wasting at least £2,000 per employee every year due to over-reliance on paper, according to new research.

A new survey has found that 67 per cent of employees admit their companies rely too heavily on paper-based processes to operate, such as paper-based forms or posting mail.

This reliance on paper is seeing 60 per cent of all employees print out physical documents at least a few times a week, with almost a third printing them out on a daily basis.

The underlying result is that the cost of processing paperwork, including the cost of the paper and ink, transporting documents, data entry and storage, is racking up a yearly average bill of £2,103 per every worker.

But the potential financial losses go further than just overhead costs. Reliance on paper could also be losing businesses money by affecting the overall productivity and efficiency of their workforces.

Over half of employees admit they find it hard to store paper files and keep them organised, meaning they spend more time than necessary on file handling. 43 per cent say it takes too long to properly fill in paper forms and documents, and 30 per cent often spend too much time sending documents to the correct recipients, which reduces productivity and wastes time.

Colin Yates, chief support officer at WorkMobile, who commissioned the research, said: “Despite technology being extremely accessible – most of us carry smartphones everyday in our back pockets – a large number of businesses are still using reams of paper on a daily basis. And ultimately, it could be having a huge effect on their bottom line.

“The annual cost of paper supplies is in the thousands, but relying on physical documents is also stopping workers from being as productive as they could be. They’re often spending large amounts of time filling in forms by hand, or searching for documents through poor filing systems. This time could be spent more effectively on the worker’s actual core role, helping to bring in more revenue for the company.

“Using technology, such as mobile devices and the Cloud, helps to eliminate the need for physical paperwork, which as a result can reduce business costs and improve efficiency. Businesses really can’t afford to ignore the current technical revolution.”