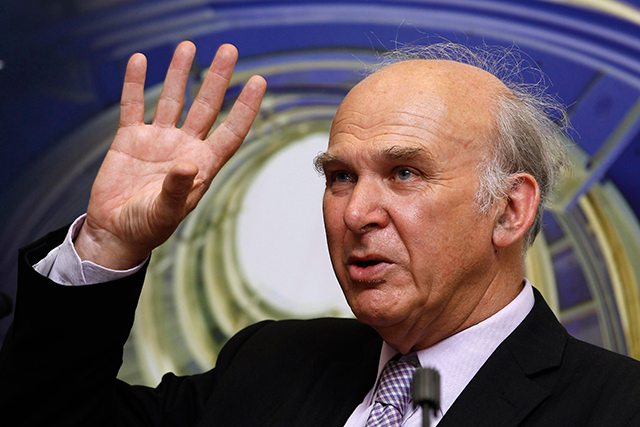 The new court and patent system creates a one-stop shop for companies wanting to protect their business ideas in Europe and will bring at least £200 million to the economy each year.

The Prime Minister successfully negotiated the agreement last year which means that British pharmaceutical and life sciences companies looking to defend or enforce their patents across Europe will only need to go to one court once, instead of fighting their case in each European country. The new court will be up and running from 2015. This will offer significant savings for businesses and is good news for job creation in the legal services sector across the country.

Commenting on the agreement, Business Secretary Vince Cable said: “The decision that London should host this new court shows not only the confidence in our legal sector but also the strength of the UK’s intellectual property regime. Agreement on a unified patent regime is a good result as it will mean defending a patent across Europe will now be much simpler.

“The agreement will help our inventors who can in future spend more time on research and development, producing new ideas and less time filling in forms and defending their patents in court. We estimate benefits to the UK of around £200m a year.”

The single patent package also guarantees a one-stop-shop for companies registering new business ideas in the EU. At the moment British inventors can protect their invention either through the UK Intellectual Property Office or, if they are looking for wider protection for a number of countries, by applying to the European Patent Office. These patents must then be validated in the respective countries bringing in costs for translation and administration. With a new single patent, businesses will make savings of up to £20,000 per patent in translation costs alone and many saved hours of form filling.

Chris Cummings, CEO of TheCityUK said: “TheCityUK welcomes the fact that London will host a key part of the Unified Patent Court’s Central Division, handling litigation in the pharmaceuticals and life sciences sectors. This is recognition of London’s global position as the leading centre for legal services excellence and its unparalleled global reputation for the fair, effective and transparent resolution of international legal affairs.

“London and the UK remains well positioned internationally for dispute resolution. Companies are twice as likely to choose English law over any other law. The new Rolls Building in London is helping to sustain the UK’s reputation as the first choice for business law. Indeed, legal services accounts for close to £4bn in export earnings for the UK.“

Philip Westmacott of the Law Society’s IP Working Party commented: “The signing of the Agreement on a Unified Patent Court is a major landmark on the road to a fully integrated European Patent system. Over time litigation about patents in Europe will increasingly be before a European Court rather than national courts. Some 75% of European patents are in English and English is the primary language of science and technology. Those facts, coupled with the government’s vision in pushing for a key part of the Central Division handling Chemical and Pharmaceutical patents to be sited in London, means that the UK patent professions should play a leading role in the new system as it evolves.

“The UK legal profession has a long tradition of excellence in patents and IP in general, and having this important part of the Court in London will help not only to maintain that tradition but also benefit the new court system. The input of our experienced and well-respected judges will be invaluable too.”