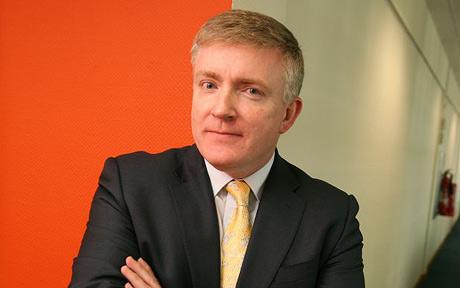 A manufacturer in Haydock was praised for securing £1.1 million from the Government’s Regional Growth Fund today, during a visit by the Enterprise Minister Mark Prisk.

Harpscreen Ltd, a manufacturer of screening equipment for the recycling, road building and quarrying sectors, has also unlocked £3.3 million of private investment as part of the project. The funding will go towards enhancing and expanding their manufacturing facilities to develop their range of products for the domestic and overseas markets.

The funding, which was awarded from round two of the Regional Growth Fund (RGF), will help Harpscreen to reduce its dependency on imported supplies and enable them to be more competitive. The expansion will safeguard jobs and create 66 permanent new ones.

As part of the Minister’s tour to the North West, he also met with the Liverpool City Local Enterprise Partnership (LEP) to discuss opportunities for business, innovation and entrepreneurship in the region.

While touring the Harpscreen plant, Enterprise Minister Mark Prisk said: “Manufacturing plays a vital role in the UK economy and I am pleased to see the positive impact of the Regional Growth Fund in supporting business and boosting British manufacturing in the North West.

“The investment at Harpscreen is great news for the region in creating new jobs and allowing the business to remain competitive and export to new markets. I wish them every success for the future.”

Harpscreen Managing Director, Kevin McCabe, said: “This is a fantastic shot in the arm for Harpscreen as a British manufacturer and will help us in realising our growth aspirations both in the UK and globally. The RGF funding has enabled a project that would have struggled to come to fruition to become a reality.”