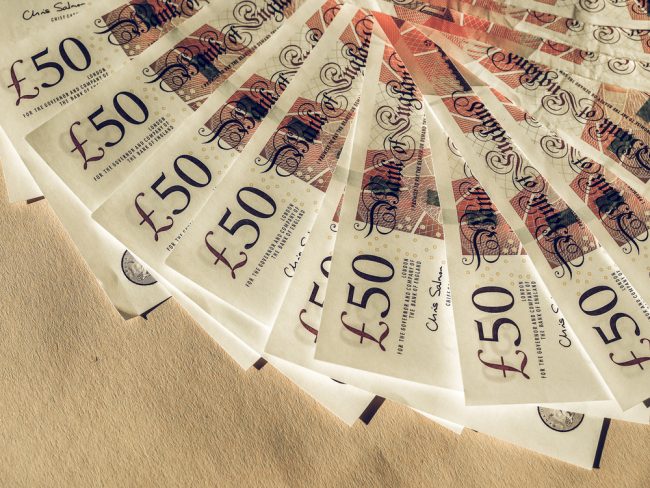 A combination of revenue growth, which increases the amount of money tied up in unpaid invoices, and firms strategically building up their inventories ahead of anticipated price hikes, have increased pressure on businesses to have more working capital, Lloyds Bank’s research found.

Businesses that are actively growing tend to focus more on revenue and margins than working capital and balance sheet efficiency. However, many firms are likely to be left exposed if economic conditions deteriorate which would require them to free up cash quickly.

Working capital is the amount of money that a company ties up in the day-to-day costs of doing business. The more money tied up in working capital, the less available for investment, reducing debt or returning to shareholders.

The Lloyds Bank Working Capital Index is a new six-monthly report that uses the Lloyds Bank Regional Purchasing Managers’ Index data to calculate the pressure British businesses are under to either increase or decrease working capital.

The index, based on PMI data compiled by Markit, can be studied dating back to 2000. The current reading of 104.1 is only slightly down from a record high of 105.0 in October 2016. This indicates that firms need more funds to support their day-to-day operations.

The fact that pressure on working capital has hit record highs at the same time as other lead economic indicators, such as the exchange rate of the British pound, have deteriorated could signal a warning of possible storms to come.

Adrian Walker, managing director, head of Global Transaction Banking at Lloyds Bank, said: “Working capital is the lifeblood of any business, and our research shows that the typical British business now has more than £12m unnecessarily tied up in it. This cash mountain suggests that companies are either feeling more positive about the future or that they are reducing their focus on this critical area of business performance.

“This could be a good sign: businesses can afford to stock up and tie up increasing levels of cash in working capital when they are performing well and focussed on growing their business.  But, having those funds locked away at times of uncertainty, or if the economy falters, could spell danger.

“By understanding the hurdles they face and how their working capital levels compare with industry norms, British businesses can use this insight to unlock the cash trapped within their business, become more efficient and realise their full potential.”

Chris Williamson, chief business economist at IHS Markit added: “It is worrying that firms are under such high pressure to increase working capital at a time when other economic indicators suggest the economy is starting to slow.

“Looking back over the past 17 years, this index shows that when times get tough, companies normally look to decrease working capital to free up cash. What we’re seeing now is evidence of the corporate sector starting to struggle with customer payment delays and rising costs, while also building a war chest to get through a period of potential uncertainty and volatile business conditions.”

Lloyds Bank also questioned 650 businesses about their outlook for the future. It found that almost a quarter said changes to payment terms would be one of their main challenges in the coming 12 months, up from 20 per cent in June 2016. Furthermore, more than one in five businesses reported that the time it took to get paid had lengthened over the past year and almost one in five said the sterling exchange rate was a challenge.

SMEs felt the pressure to increase working capital most, with their index recording 107.9, compared with 101.4 for larger firms.

Businesses in the construction sector saw the lowest pressure to increase working capital, with an index reading of 103.4, while manufacturing – which built up inventory at the fastest rate in six years, due to the prospect of increasing prices to come – saw the highest pressure with an index of 110.2.

Furthermore, there was a diverse picture across the country. Strong business output meant businesses in the Midlands and Wales recorded the strongest pressure to increase working capital, with an index of 108.0.

Muted output in Scotland, and London’s greater reliance on services businesses – which were unaffected by the trend to build up inventory – meant both regions recorded slight pressure to decrease working capital with indices of 99.5 in Scotland and 99.3 in London.

Mr Walker added: “Our teams of dedicated working capital specialists can help firms of all sizes to explore their working capital cycle and unlock the cash within their business so that they can invest in growth.

“With continued pressure on cash cycles, a build-up of excess working capital and mixed economic signals for 2017, now is the time for British companies to renew focus on working capital.”