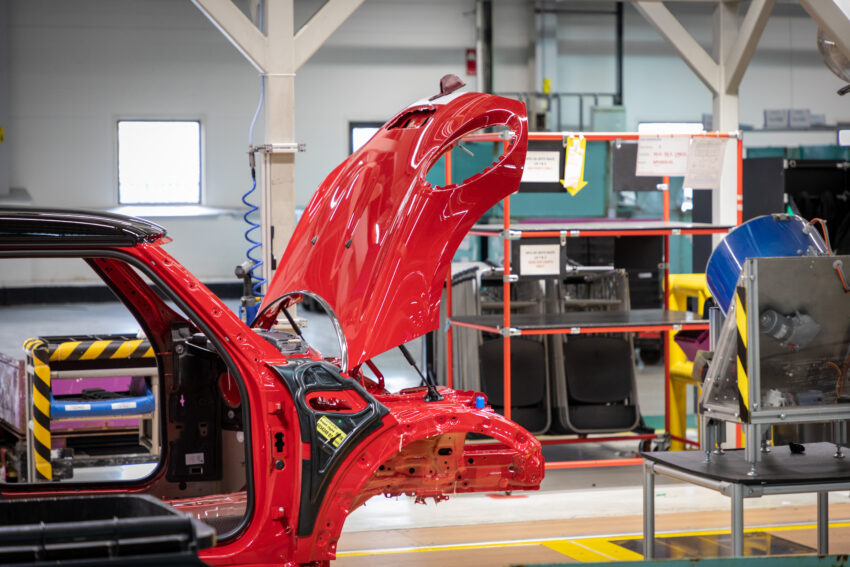 Car production slumped by 40 per cent in Britain last month as manufacturers grappled with a shortage of semiconductors on top of disruption caused by the Covid pandemic.

It was the fourth monthly drop in a row and contributed to the weakest October output since 1956, according to the Society of Motor Manufacturers and Traders (SMMT).

Mike Hawes, the organisation’s chief executive, said: “These figures are extremely worrying and show how badly the global semiconductor shortage is hitting UK car manufacturers and their suppliers.”

He described carmakers as “resilient” but said they were battling a series of challenges.

“With Covid resurgent across some of our largest markets and global supply chains stretched and even breaking, the immediate challenges in keeping the industry operational are immense.”

The sector is calling for assistance from the government to help ease the burden and enhance companies’ ability to compete with foreign rivals.

Those measures could include “tackling high energy costs, supporting employment and training, and helping businesses whose cashflow is under pressure”, Hawes added.

Factories turned out 64,729 vehicles last month, down by 41.4 per cent compared with a year ago, in what were “historically poor production numbers”, according to the SMMT.

The weak output was exacerbated by the closure of Honda’s Swindon plant in July. The factory used to produce 160,000 Civics a year.

While total production was markedly down, consumer demand for greener cars was reflected in the mix of output. The number of new battery electric cars rose 17.5 per cent to 8,454 in October, and production of the latest battery, plug-in hybrid and hybrid vehicles accounted for almost 31 per cent of all cars made in the month. UK carmakers have produced about 50,000 zero-emission vehicles this year to exceed the total built in 2019, before the pandemic hit, the SMMT said.

Carmakers have been struggling with a severe shortage of microchips as semiconductor producers shifted during the pandemic to satisfy demand for consumer electronics. The average new car needs 1,500 chips, from those in fuel-pressure sensors to digital speedometers and navigation displays.

Car companies have been scrambling to get hold of more chips after last year dropping their orders in response to Covid, which saw car usage fall dramatically. They have struggled, however, because of a jump in demand for personal computers, smartphones and other devices, as well as constraints on expansion among chip manufacturers.

Analysts at JP Morgan Chase believe that the global shortage is set to drag into 2022, potentially easing in the second half of the year but only returning to levels of production balanced with demand by 2023.

The SMMT’s latest figures show production this year is almost 3 per cent lower than 2020, at 721,505 cars. The organisation is the trade body for carmakers, which collectively employ 155,000 people directly in manufacturing. Cars make up 11 per cent of UK exports.

The SMMT believes factories are on track in 2021 to produce fewer than one million vehicles for a second consecutive year, before getting back above the one million level next year and rising to a potential 1.2 million in 2024.

In October, eight in ten cars made in the UK were shipped abroad. About 60 per cent went to the EU, with that business supported by the deal struck last year allowing the car trade with Europe to be tariff-free.

Overall production for the UK market was down 38 per cent; new cars going abroad dropped by 42 per cent.