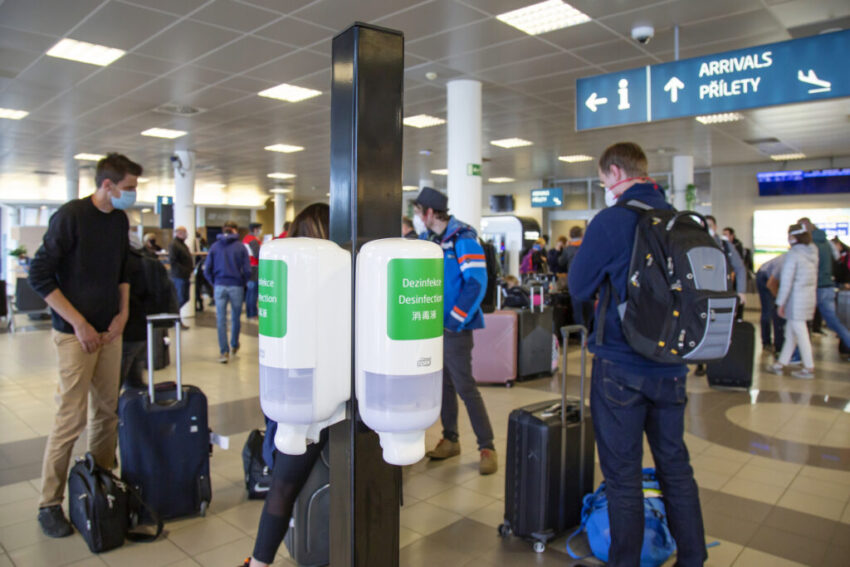 A row has broken out between Priti Patel and British Airways over the plans to quarantine travellers for 14 days as the airline refused to meet her, and a government source branded the company “not serious about getting Britain working again”.

Tensions between the government and the airline escalated on Thursday, as Alex Cruz, the chief executive of BA, declined to join an industry call with Patel, the home secretary, and Kelly Tolhurst, the aviation minister.

Conservative MPs are up in arms about the quarantine proposals, arguing they will harm airlines and dash people’s hopes of summer holidays, but Boris Johnson insisted this week that the policy will go ahead from Monday as an essential way of stopping new outbreaks of coronavirus.

Earlier on Thursday, Cruz had warned employees that BA’s parent company was haemorrhaging cash and accused the government of dealing “another blow” by pressing ahead with the plan to quarantine inbound travellers for 14 days at a time when many other countries are lifting such measures.

Airports, aviation bodies and almost every other major airline apart from Ryanair were on the call with Patel. A source said the industry made the case for the quarantine rules to be in place for three weeks only until the first review date on 29 June.

A source close to the talks said that BA’s team had advised Cruz that it “wasn’t worth his time engaging”.

The approach appears to have gone down badly with the government, with a Whitehall source saying: ‘It’s a shame that British Airways don’t want to directly make their case to the home secretary and the aviation minister. Clearly they aren’t serious about working with the government to get Britain moving again.”

It comes the day after Tolhurst had already criticised BA for its move to cut thousands of jobs and change terms and conditions while workers are on the government-funded furlough scheme.

One person with knowledge of the call said the home secretary made no promises but had been in “listening mode”. She told the airlines that she understood the urgency and would work together with other government departments, having already told Tory rebels against the plan that it was a “temporary, time-limited policy” to help reduce the spread of transmission. The source said: “It was the meeting she should have had months ago.”

During the meeting, Patel told the airlines: “Protecting lives will always be our top priority, but I am alive to the impact on your sector and I’m asking you to work with us on this … I know you share my commitment to protecting passengers and the whole of our country from a second wave of coronavirus … We’re listening and we want to find solutions together, that’s why we’re here today.”

Many Tory MPs opposed to the plans and the airlines believe the quarantine measures will be shortlived – possibly three or six weeks – before being replaced by so-called air bridges involving reciprocal arrangements with other countries that have similar infection rates.

No 10 is cautious about promising air bridges just yet as some countries are not keen to allow in British travellers without quarantine when the UK’s transmission rate is still high.

However, some cabinet ministers and dozens of Conservative MPs are pushing for the quarantine to be as short as possible because of the economic impact of the policy on the aviation industry and worries about job losses. Treasury sources said the chancellor, Rishi Sunak, believes a time-limited quarantine period for travellers will have a “negligible” economic impact but if the policy were to continue for a longer period of many months, then “that would be another matter”.

Scientists have already criticised the quarantine arrangements for not having enough of an impact.

Unions also have deep concerns about the consequences of the plan. Lucy Moreton, from the Immigration Services Union (ISU), which represents around 4,000 Border Force members, branded the system “farcical” and said passengers could fill “complete rubbish” into the address form and there is no way for Border Force officers to verify whether it is correct.

She said: “That data is passed on to PHE who then determine how many will be contacted by phone. It’s widely believed to be about 10% will be telephoned.

“But they will be phoned on the number they provide … Police forces have been clear they don’t have resources to be chasing around after this. The chances of them visiting, unless there’s another criminal contact, is zero to nil.”